The third annual Brooklyn Folk Festival kicks off tonight (6/10) at the Jalopy Theatre and runs through Sunday (6/12). Tickets for all three days are available as well as three-day passes. Uncle Monk (Tommy Ramone and Claudia Tienan), Peter Stampfel & the Ether Frolic Mob, and others play the festival tonight. Saturday (6/11) and Sunday (6/12) will take place at the Brooklyn Waterfront Artist Coalition and feature performances by Blind Boy Paxton, The Dust Busters, Radio Jarocho, Jalopy house band Whiskey Spitters, Boom Chick, and others. 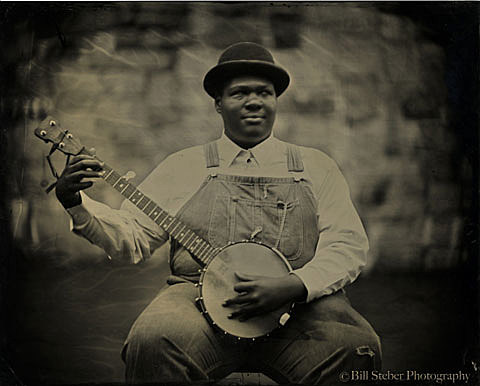 Blues singer/guitarist Blind Boy Paxton recorded an in-studio performance for KEXP last August you can listen to. He also contributed vocals to the track "But That's Alright" off Frank Fairfield's recently released album Out on the Open West...

"Frank Fairfield's backstory is the stuff of old American legend: A troubled vagabond who eventually made his way home to Los Angeles, Fairfield rooted through the city as a street musician, pulling bow across fiddle and hammering away at a banjo or acoustic guitar on corners or in flea markets. One afternoon, the right musician saw him play, became his manager, hitched him to a tour with champions Fleet Foxes, and landed him a record deal with one of the country's most trustworthy syndicates of old sounds, Tompkins Square. Now, he's the subject of a documentary and a touring musician with audiences in multiple continents.

The album (which just got an impressive 8.0 on Pitchfork) is streaming on Frank's myspace. Frank is currently on tour in Europe, but plays a record release show at McCabe's in LA on July 24th. No NYC dates, but Frank is on the lineup of September's Hopscotch Fest which takes place in North Carolina, so maybe one will pop up around then. Meanwhile go check out Blind Boy (who played a show with Frank at Jalopy last summer) at Brooklyn Folk Fest this weekend.

Check out the full Brooklyn Folk Festival lineup, some videos and the flyer below... 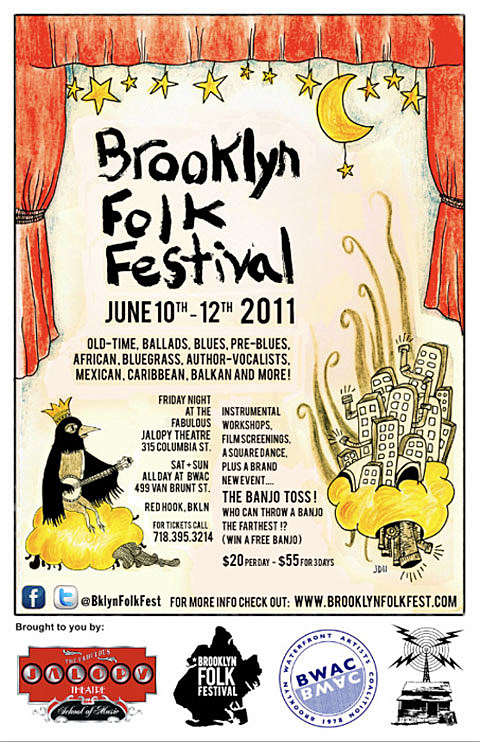