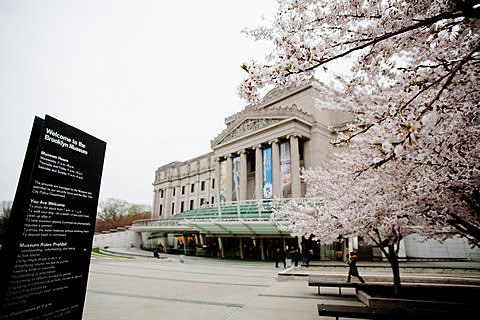 Moby will be the focus of an event tonight (5/12) at the Brooklyn Museum. the electronic musician will be interviewed and will discuss Destroyed, his new LP and photography book of the same name. The event will feature a live interview with John Schaefer of WNYC's Soundcheck and New Sounds, in addition to a performance of Destroyed material, "currently the only scheduled performance in the US". In addition, Moby will screen some self-directed/produced videos from his Be The One EP. Tickets are still available and are $10, or $6 for members and cultural colleagues. In addition, you can purchase a ticket with signed copies of both his book and CD before it comes out (on Monday, 5/16). Check out a new video for Moby's "The Day" on youtube.

The Moby event takes place the day before the FREE MEN/Savoir Adore show at Brooklyn Museum which is part of the Audiophile series that Theophilus London plays on 6/10, and which MNDR played last time. The show is also one of a few upcoming Savoir Adore dates that Bill also talked about in This Week In Indie.

In other Brooklyn Museum show news, Blitz The Ambassador will bless the venue on Saturday June 4th at 5PM as part of the next Target First Saturday (the museum's monthly free Saturday night event). June 4th's theme is Afro-Latin Roots, and Ghanian artist Blitz will be performing a hip-hop set with The Embassy Ensemble. Also on the agenda is a DJ set by the incomparable DJ Spinna (8-10pm) and a set from Cuban musician Juan-Carlos Formell (9pm). The event is free, though "some Target First Saturday programs have limited space available and are ticketed on a first-come, first-served basis."

Blitz is also playing the Lincoln Center Out Of Doors festival on Aug 7th at Damrosch Park Bandshell with Spoek Mathambo and Iyadede. Blitz The Amabassador played SOB's last week in celebration of his new LP Native Sun, out now.

A video stream of Blitz The Ambassador's Native Sun LP in full and a recent Moby vid with Heather Graham is below.