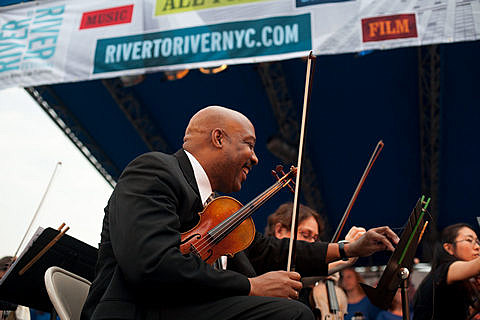 The 2011-2012 season for The Brooklyn Philharmonic has been announced and you can browse the full schedule below or at that site, but we'll highlight a bit.

Works by Sufjan Stevens will be presented at The Downtown Brooklyn Series on March 23 and 24. Tickets for that series are $20. Tickets for the public can be acquired by calling the Brooklyn Phil Box Office at 646-397-2765.

Throughout the season works will also be presented from a range of artists including Beethoven, Bernstein, Otis Redding, Sam Cooke, Duke Ellington, Brahms, Scott Joplin, Tchaikovsky, and others.

Brooklyn Philharmonic are celebrating Alan Pierson's debut conducting the orchestra in partnership with Mark Morris Dance Group on Thursday (7/28 aka TONIGHT) at Celebrate Brooklyn in Prospect Park. Admission is free and doors are at 8 PM.

ALL PROGRAMS AND DATES ARE SUBJECT TO CHANGE