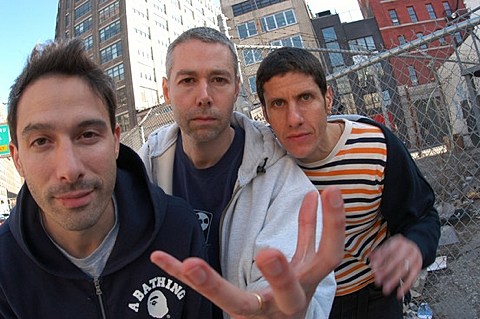 In honor of Adam Yauch, aka MCA of the Beastie Boys, who passed away last year, Brooklyn's Palmetto Playground on Columbia Street in Brooklyn Heights will be renamed after him. The New York Post reports:

City officials and members of the legendary hip-hop band are expected to gather Friday at Palmetto Playground on State Street for a ceremonial renaming in honor of the Brooklyn Heights native, sources said. The site will be called "Adam Yauch Playground."

The movement to rename the park grew out of a post last year on the Brooklyn Heights Blog that gained steam on Facebook. At first, fans pushed to have nearby Squibb Park renamed in Yauch's honor, but Brooklyn Heights residents said such a name change would dishonor pharmaceutical giant Edward Robinson Squibb. Squibb opened his first lab where Squibb Park now sits at Middagh Street.

Fans then pushed for the renaming of Palmetto Playground and were met with little opposition.

The renaming ceremony takes place this Friday (5/3) at 11 AM, and the two remaining members of the Beastie Boys, Adam "Ad-Rock" Horovitz and Michael "Mike D" Diamond, are expected to be in attendance. The ceremony happens the day before the free 'MCA Day' at Littlefield which happens on the one year anniversary of his death (5/4). The flyer for MCA Day is below.

In related news, Mike D and Ad-Rock are also working on a Beastie Boys memoir, according to The New York Times. It will be edited by hip hop journalist Sacha Jenkins and is due out in 2015 via Random House imprint Spiegel & Grau (who also published Jay-Z's "Decoded").

Beastie Boys' video for "Sabotage" and MCA Day flyer below... 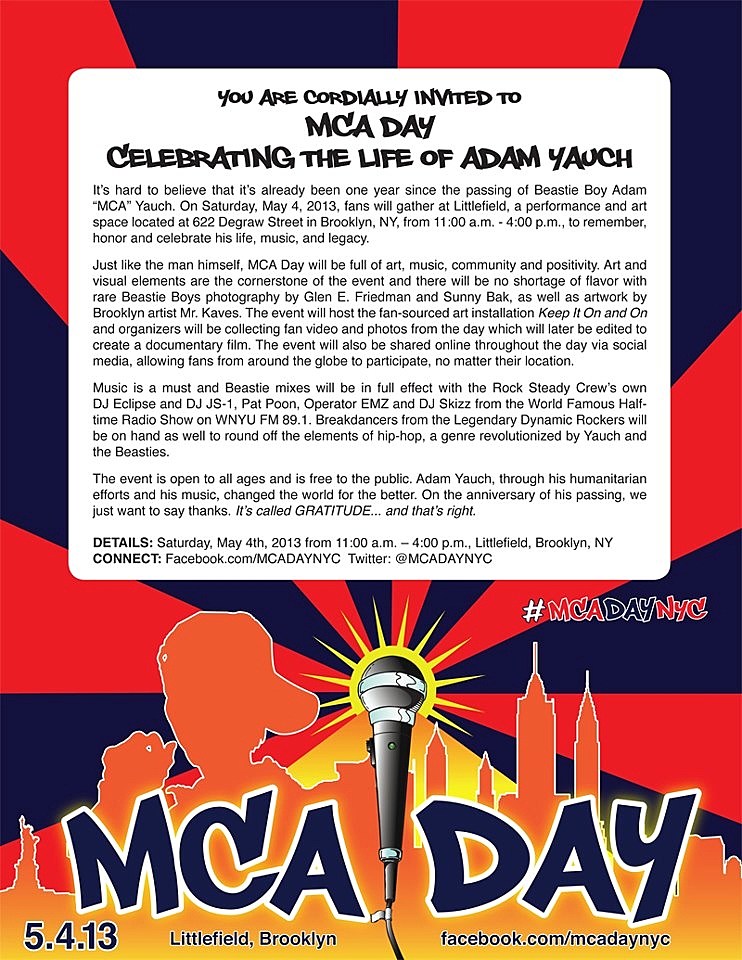