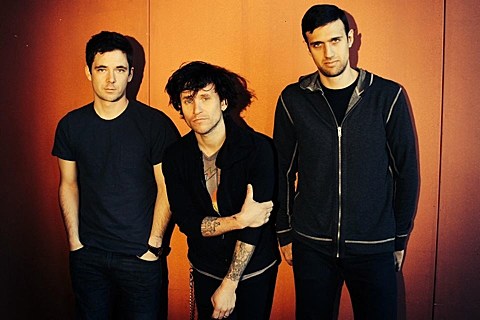 Samantha is not a mononymous singer, but a Brooklyn punk trio with dudes named Mike, Alex and Gabe. Maybe you've caught one of their recent gigs, like with Week of Wonders or with White Mystery and Dead Stars. Their new album, Hourglass Noise, comes out April 21 and we've got the premiere of its new single "Fight" in this post.

Originally from Chicago, the singer is a dead ringer for Brendan Kelly of hometown heroes The Lawrence Arms, and their hard-driving punk isn't too far removed from that band either. Plus there's a little Jawbreaker and Get Up Kids in there too. Check it out below.

Samantha are playing SXSW and have three hometown shows coming up as well. Before they leave for Austin, they'll play Muchmore's on March 6 with Dead Wrestlers, Pussywolf and Young Guts; and after returning they'll play an album release party on April 24 at Cameo with Crowd the Airwaves, Plastiq Passion and Pussywolf (tickets). The following month, they play The Rock Shop on May 2 with The Tracys, The Thrill Sergeants and Cash Registers (tickets).