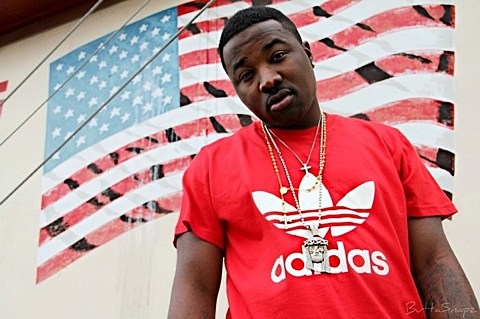 Brooklyn rapper Troy Ave pals around with another NYC rappers like Action Bronson and Mr. Muthafuckin' eXquire, and like those guys, Troy is keeping alive the spirit of old school rap (he's also got a song with Prodigy). It's not straight throwback rap (which is a good thing), but it's the kind of rap that makes you wonder why we so often forgive slow flow and lazy rhymes. And he does have some of the golden-era sound, but also often reminds me of Get Rich or Die Tryin'-era 50 Cent and Diplomatic Immunity-era Dipset, both of which turn(ed) ten this year, so even that sound is venturing towards old-school. (DON'T YOU FEEL OLD?)

He's got a few mixtapes under his belt, including 2012's Bricks In My Backpack 3, which you can download for free HERE and watch some videos/stream some tracks below. He also appears on Fool's Gold's Loosies compilation, and his contribution to that, "Viking," can be streamed below as well.

Troy Ave will be playing a Hot 97-presented show in NYC on March 7 at SOB's with fellow Action Bronson associate Meyhem Lauren. Leikeli47 and YFame are on the bill too and tickets are on sale now. Rosenberg and Shani Kulture Music host and DJ Juanyto is on the boards for the night.

Show flyer and videos/streams below... 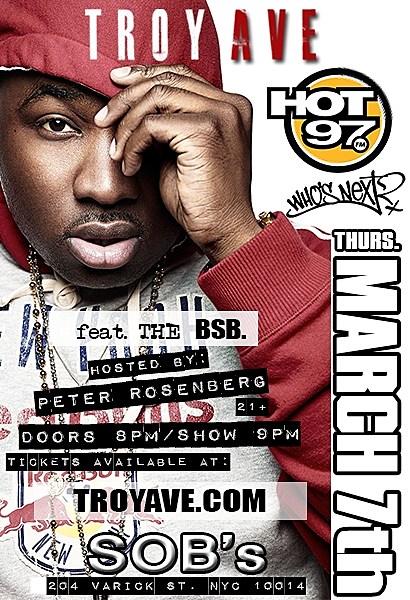