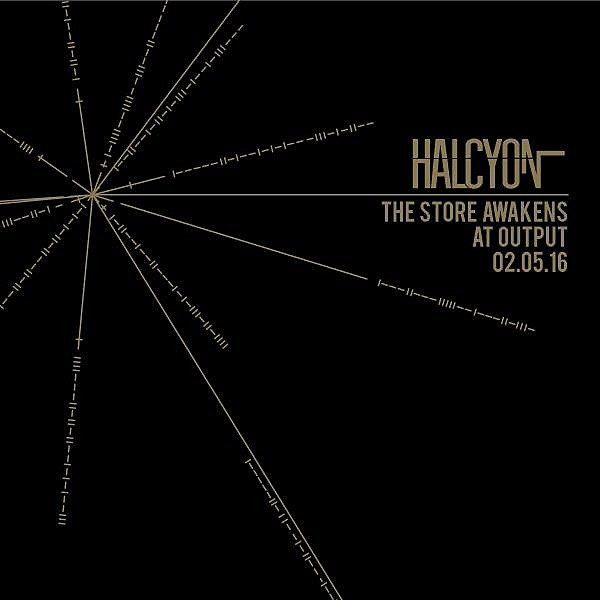 Halcyon, intrepid Brooklyn based record purveyor and mainstay of New York's underground electronic music scene for 16 years, awakens in its new North Williamsburg location on Friday, February 5th at noon. This, the fourth incarnation of Halcyon, marks a return to the groundbreaking hybrid record store, coffee shop/café and event space format first popularized when it launched back in 1999 in Carroll Gardens, Brooklyn. The new store is set to open 7 days a week from noon to 8pm, with extended hours to coincide with a slate of regular programming and special events to be announced in the coming months.

Inside its intimate new home in the Northeast corner of the grey concrete building that houses Brooklyn's leading underground nightclub, Output, visitors will be treated to an immersive lifestyle-based experience in a split-leveled space vaguely styled after a Stasi-era Eastern European diner car with glazed ceramic brick walls in muted greens and browns, dark mahogany banquette seating and vintage brass lighting fixtures.

With its own direct entrance but accessible from both Output's Main and Panther rooms, Halcyon will curate and host frequent events that span the spectrum of DJ and vinyl culture, complementing Output's powerhouse programming by focusing more on the emerging talents, challenging sounds, and fringe styles.

DJ, producer and long time Halcyon associate DJ Jus-Ed of Underground Quality is scheduled to christen the space in a private reception on opening night.

As you know, Output is always playing host to quality dance parties. Not only does Halcyon open this Friday, but that's the same day as the Modeselektor show at Output (tickets), so that's a doubly good reason to go.