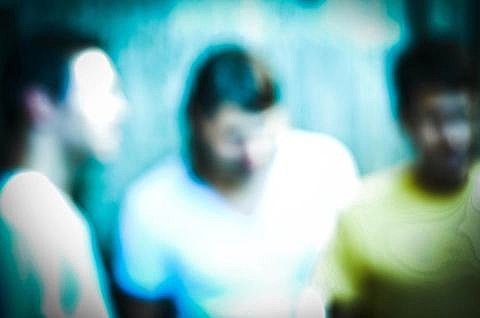 Brooklyn trio Invisible Days draw from a host of late-'80s/early-'90s UK influences, most of them of the swirling miasma of guitars variety. While a few songs very towards JAMC scuzz, the band are much more successful when they go in a more shimmery/chiming/jangle direction that is closer to Lilys or Ride. You can definitely hear that side of the band on their new single "So Let it Be" which does the droney/beautiful thing pretty well. We've got the premiere of that cut which you can listen to in this post.

The band have a few NYC shows coming up. They're are currently in the midst of a three-show September residency at Cake Shop, having played the first one this week. You can catch them there on the next two Wednesdays (9/11 & 9/18, line-ups TBA). If you're really itching to see them, Invisible Days play Bushwick's Shorewave Haus on Saturday (9/7).

Single stream, plus a few other Invisible Days songs, are below.