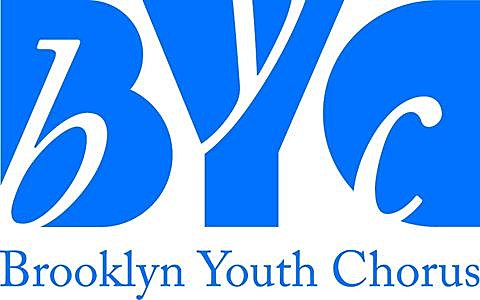 As mentioned, acclaimed ensemble Kronos Quartet are celebrating their ruby anniversary this year with the "Kronos at 40" mini-festival within Lincon Center Out of Doors' 2013 slate. In addition to that, Kronos Quartet will be performing with the Brooklyn Youth Chorus' Concert Chorus and Young Men's Ensemble on May 7 at Roulette in downtown Brooklyn. It will include commissioned works by Julia Wolfe (World Premiere), Aleksandra Vrebalov (New York premiere), the Arcade Fire's Richard Reed Parry (New York premiere), Bryce Dessner and Shara Worden. The event is a BYC benefit and tickets are on sale now. For those with deeper pockets there's a gala reception before the show you can buy tickets to as well.

BANG ON A CAN FESTIVAL 2013 PRESS RELEASE

OPENING WEEKEND OF THE RIVER TO RIVER FESTIVAL 2013

Bang on a Can Marathon information: 718.852.7755 or www.bangonacan.org
Full Festival Line-Up: www.RiverToRiverNYC.com

New York, NY (April 30, 2013) -- On Sunday, June 16, from 1pm to 10pm, Bang on a Can returns to downtown Manhattan for its annual Bang on a Can Marathon, FREE for the public at Pace University's Schimmel Center for the Arts (3 Spruce Street), presented by River To River® Festival and Bang on a Can, and co-presented by Pace University. The Marathon is part of the opening weekend of River To River Festival, kicking off the month-long celebration of free music, dance, film, and arts events. The extensive renovation of Brookfield Place temporarily impacts the presentation of large-scale events in the Winter Garden, where the Marathon has been held for several years. This year the Marathon will embrace the intimate Pace setting to present a few dramatically quiet and tender musical offerings before returning to the Winter Garden's wide-open spaces in 2014.

Bang on a Can started as a one day Marathon concert (on Mother's Day in 1987 in a SoHo art gallery) and has grown into a multi-faceted performing arts organization with a broad range of year-round international activities. The New York Times reports, "A quarter-century later their impact has been profound and pervasive. The current universe of do-it-yourself concert series, genre-flouting festivals, composer-owned record labels and amplified, electric-guitar-driven compositional idioms would probably not exist without their pioneering example. The Bang on a Can Marathon, the organization's sprawling, exuberant annual mixtape love letter to its many admirers, has been widely emulated..." The Village Voice recounted, "[one could] enjoy a world made a bit more habitable - something like an authentically felt home - thanks to all manner of cultural practices that get dissed out in the mainstream."

This year, the annual super-mix of boundary-busting music from around the corner and around the globe features nine hours of rare performances by some of the most innovative, pioneering musicians of our time side-by-side with some of today's newest exciting young artists.

Enchanting American-born, Netherlands-based violinist Monica Germino gives the US premiere of Bang on a Can co-founder Julia Wolfe's With a blue dress on for solo violin/voice and pre-recorded violins, inspired by a plaintive field recording of a woman singing "Pretty little girl with a blue dress on." In addition Talea Ensemble provides a focal point of the 2013 Marathon, with Danish composer Hans Abrahamsen's epic, hour-long meditation Schnee, inspired by J.S. Bach's canons and Abrahamsen's obsession with repetition.

Avant-indie duo Talk Normal (guitarist/bassist Sarah Register and drummer Andrya Ambro) makes its Bang on a Can debut, bringing a unique blend of driving noise rock with selections from the band's 2012 sophomore effort, Sunshine, praised by Pitchfork for its "kinetic force" and for turning "simple words and sounds into something larger."

Celebrated Tibetan singer Yungchen Lhamo and Russian pianist Anton Batagov will perform selections from their upcoming post-minimalist improvisatory album Tayatha, due out on Cantaloupe Music on June 25. A native of Lhasa, Lhamo is known for her hypnotic a cappella performances and a commitment to Tibetan history and culture. She has released three critically acclaimed albums with Peter Gabriel's Real World label and has collaborated with a diverse range of artists including Natalie Merchant, Philip Glass, Annie Lennox, Michael Stipe, and Billy Corgan. Batagov, a graduate of the Moscow Tchaikovsky Conservatory, has been described by the Los Angeles Times as "a Russian Terry Riley." Since the late '90s, he has drawn from Buddhist philosophy and practice, having composed major works based on key texts chanted by Tibetan lamas, as well as several large-scale instrumental compositions inspired by the tradition's teachings.

Steel pan drummer and composer Kendall Williams will see the world premiere of his Conception, performed by the unique forces of the NYU Steel Pan & Contemporary Music Ensembles. Born into Trinidadian culture, Williams has adopted the country's national instrument, the steel pan, and has performed with numerous large, world-renowned steel bands in Trinidad and Tobago, as well as in the New York area, where he is quickly emerging as a leading young voice on the scene.

Other highlights of the 2013 Bang on a Can Marathon include ground-breaking new music band Alarm Will Sound in a super-eclectic set by Jeffrey Brooks, Charlie Piper, and Cantaloupe Music recording artists Derek Bermel and Caleb Burhans, including Bermel's Canzonas Americanas (named to numerous best-of lists of 2012) and Burhans' Oh Ye of Little Faith, commissioned by Lincoln Center for the re-opening of Alice Tully Hall. The phenomenal Brooklyn Youth Chorus makes its Bang on a Can Marathon debut performing Nico Muhly's Short Prayers in Respect of a Storm alongside Shara Worden's shimmering Before the Words, and teams up with TILT Brass for John King's surround-sound sonic exploration Astral Epitaphs. Drum set duo David Cossin and Ben Reimer will give the world premiere of Lukas Ligeti's Iakoni in kazonnde, New York's Hotel Elefant will perform Angélica Negrón's surreal and atmospheric Drawings for Meyoko, and trumpet genius Peter Evans brings his original compositions and improvisations to the Marathon stage.

In addition, Bang on a Can's social engagement wing Found Sound Nation will host its unique Street Studio. A mobile recording studio equipped for passersby and Marathon musicians alike to spontaneously create and record original music, the Street Studio will be stationed at the Schimmel Center for much of this year's Marathon.

About Bang on a Can: Bang on a Can is dedicated to making music new. Since its first Marathon concert in 1987, Bang on a Can has been creating an international community dedicated to innovative music, wherever it is found. With adventurous programs, it commissions new composers, performs, presents, and records new work, develops new audiences, and educates the musicians of the future. Bang on a Can is building a world in which powerful new musical ideas flow freely across all genres and borders. Bang on a Can plays "a central role in fostering a new kind of audience that doesn't concern itself with boundaries. If music is made with originality and integrity, these listeners will come." (The New York Times)

Bang on a Can celebrated 25 years during the 2011-2012 season, having grown from a one-day New York-based Marathon concert (on Mother's Day in 1987 in a SoHo art gallery) to a multi-faceted performing arts organization with a broad range of year-round international activities. "When we started Bang on a Can in 1987, in an art gallery in SoHo, we never imagined that our one-day, 12-hour marathon festival of mostly unknown music would morph into a giant international organization dedicated to the support of experimental music, wherever we would find it," write Bang on a Can Co-Founders Michael Gordon, David Lang and Julia Wolfe. "But it has, and we are so gratified to be still hard at work, all these years later. The reason is really clear to us - we started this organization because we believed that making new music is a utopian act--that people needed to hear this music and they needed to hear it presented in the most persuasive way, with the best players, with the best programs, for the best listeners, in the best context. Our commitment to changing the environment for this music has kept us busy and growing for the last 25 years, and we are not done yet."

Current projects include the annual Bang on a Can Marathon; The People's Commissioning Fund, a membership program to commission emerging composers; the Bang on a Can All-Stars, who tour to major festivals and concert venues around the world every year; recording projects; the Bang on a Can Summer Music Festival - a professional development program for young composers and performers led by today's pioneers of experimental music; Asphalt Orchestra, Bang on a Can's extreme street band that offers mobile performances re-contextualizing unusual music; Found Sound Nation, a new technology-based musical outreach program now partnering with the State Department of the United States of America to create OneBeat, a revolutionary, post-political residency program that uses music to bridge the gulf between young American musicians and young musicians from developing countries; cross-disciplinary collaborations and projects with DJs, visual artists, choreographers, filmmakers and more. Each new program has evolved to answer specific challenges faced by today's musicians, composers and audiences, in order to make innovative music widely accessible and wildly received. Bang on a Can's inventive and aggressive approach to programming and presentation has created a large and vibrant international audience made up of people of all ages who are rediscovering the value of contemporary music.