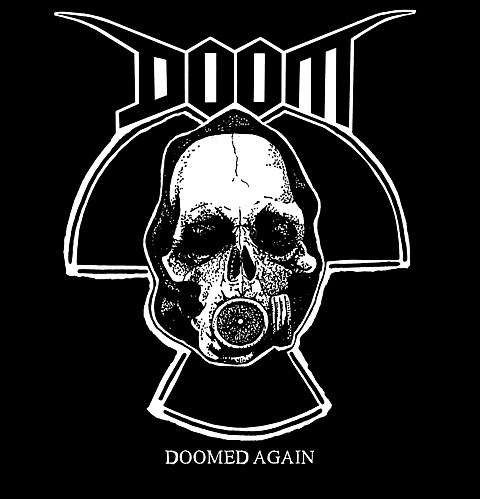 As discussed, Brooklyn's Burning Volume 1 is set to ignite on September 19 and September 20. The two-day event takes place at the Acheron (9/19) and The Wick (9/20) and features a killer lineup of crust, d-beat, and punk heavies including the legendary Doom playing both nights. The UK crusties released Corrupt Fucking System back in December and digitally re-released the Doomed Again compilation in April. You can get your dose of Doom with full streams of both below. In addition, the band has announced they're working on new material, per their Facebook: "Coming along nicely. All sound totally different but still sound like doom, not sure how that works...but it does." With that, let's break down the rest of the bands.

The festivities begin Friday, September 19 at the Acheron (tickets). In addition to Doom, attendees will get the scuzzy psych punk of Lecherous Gaze. The Annihilation Time/Witch/Saviours-related Oakland group -- who will also be joining the packed bill at Uninvited Fest -- released Zeta Reticuli Blues this year on Tee Pee Records, a fun romp through acid-saturated heavy rock and proto-punk filtered through an SST-centric vibe. They'll be joined by Boston's Aspects of War, a d-beat lover's dream that have been building quite the fanbase based on their demos. Finally, New Jersey's Razorheads will supply an ultra-distorted wallop that mixes d-beat rhythms with a penchant for tinnitus-inducing noise.

The Wick's night on Saturday, September 20 (tickets) brings in Oi!-sters Hard Skin, a band including internet-infamous Sean "Fat Bob" Forbes. The outfit plays rowdy anthems that subtly play around with what their punk can be. For instance, the alt-version of last year's On the Balls titled Why Do Birds Suddenly Appear handed over vocal duties to a number of unexpected guests including Joanna Newsom. Their showmates include Oakland's Kicker -- featuring members of Neurosis, Filth, and Dystopia -- who are just as fun and are working on a follow-up to their Tankcrimes-released pure punk rager Not You. Pittsburgh's EEL, on the other hand, add all manner of powerelectronics adornments to their punk, creating quite a squall. Their new Endless Fucker LP is a highlight for those who like it loud. Brooklyn's Nomad operate in the same frame of mind, giving the noisecore of Japanese deafeners a U.S. take. San Francisco's Crimson Scarlet respin anarcho punk with a deathrock sensibility, releasing the texturally intriguing Athens Cave Sessions back in June. And Trenchgrinder infuse Brooklyn's Burning with a metal flavor. They shook speakers on their January split with Skullshitter that fused thrash, Bolt Thrower-esque chugs, and grindy crust.

The show flyers along with streams from the bands appear below... 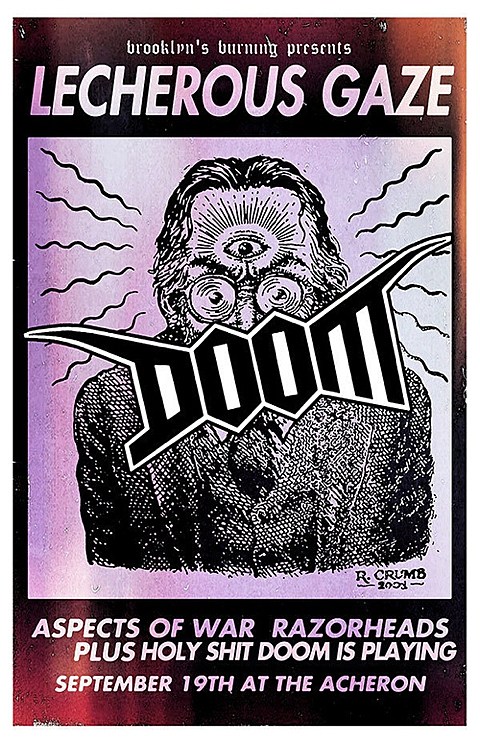 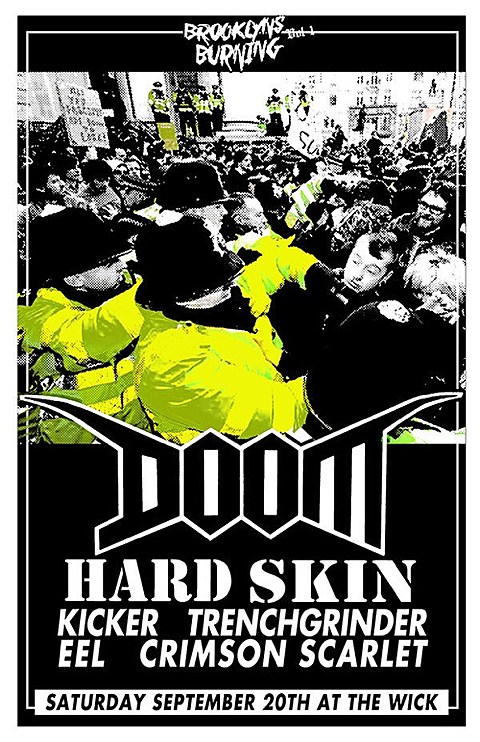