DOOM at Maryland Deathfest in 2011 (more by Fred Pessaro) 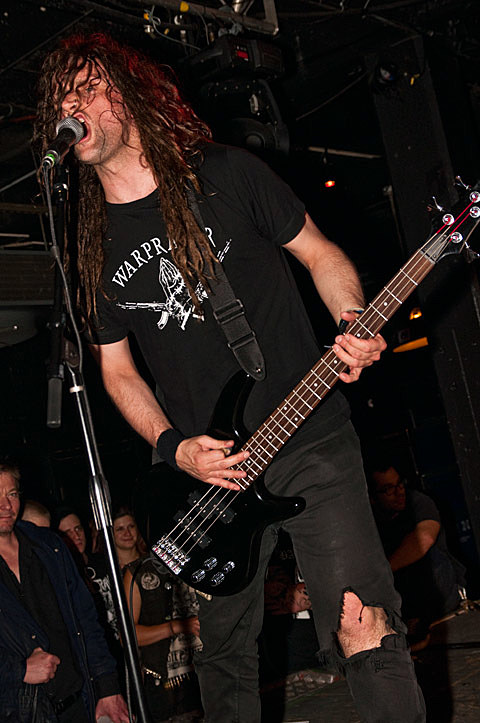 The initial lineup for Brooklyn Burning Vol. 1, a two-day event taking place at Bushwick's The Wick and nearby neighbor The Acheron on September 19 & 20, has been announced. UK icons DOOM, who released the long-awaited Corrupt Fucking System in December, will be headlining. Other bands on the bill include oi pranksters Hard Skin, Oakland psych punkers Lecherous Gaze, fellow Oaklanders Kicker, NYC's noisy Nomad, and more. Tickets for the 9/20 show at The Wick with DOOM Hard Skin, EEL, Crimson Scarlett, Kicker, and Nomad go on sale Wednesday, July 9 at noon. Details on Acheron shows are still TBA. Flyer below.

In related touring news, Lecherous Gaze -- featuring members of Annihilation Time, Witch, and Saviours -- are currently touring on the West Coast in support of their Tee Pee-released Zeta Reticuli Blues. Kicker, who themselves are something of a supergroup with current/ex members of Neurosis, Filth, and Dystopia, have a number of late summer dates laid out, though only two California events have been confirmed.

All of the dates are listed, along with the Brooklyn Burning lineup and streams from the bands, below. 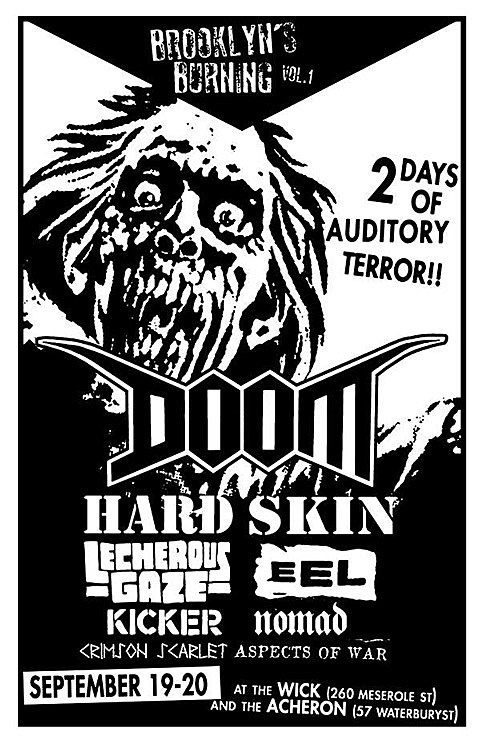