Against Me! / flyer / Touche Amore 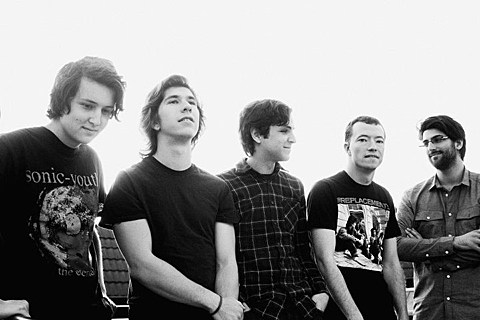 The 2014 BrooklynVegan official nighttime SXSW showcase will take place on Wednesday, March 12 at Red 7 Patio (611 E. 7th St. in Austin, TX). SXSW badges are welcome, and we'll also have some general admission tickets for sale at the door (come early!).

For this year, we kept things on the punky side with a 1 AM headlining set from the reinvigorated punk vets Against Me! who are back with a new lineup and album this year. However, it starts rather un-punk (or maybe the most punk?) with a 7:30 PM opening very special guest set from occasional actor and cult singer Harvey Sid Fisher, who is probably best known for his album Astrology Songs in which he performs songs about the 12 signs of the Zodiac. He'll be performing all twelve! The album came out on Gregg Turkington aka Neil Hamburger's Amarillo Records, which also makes Harvey labelmates with Anton LaVey. Don't be late!

After him, the distortion pedals get turned on for Lancaster, PA fuzz rockers Placeholder, followed by Gainesville post-hardcore newcomers Frameworks (whose debut LP is due out on Topshelf this year), then '90s alt-rock radio lovers Cheap Girls (who just announced a new album), NJ's wordy folk punks The Front Bottoms, and finally post-hardcore rippers Touche Amore taking the stage at midnight right before Against Me!. That's the flyer above.

The Red 7 show is one of a few BrooklynVegan events at SXSW this year. Our metal blog Invisible Oranges will be announcing a metal showcase soon. We also have three day parties at Red 7 (3/13-15, lineups coming soon), and a BrooklynVegan/BV Austin-curated portion of the Flatstock stage on 3/15 with Austin artists Mother Falcon, S U R V I V E, and Bronze Whale.

Hope to see you there!

Frameworks at The Fest 12