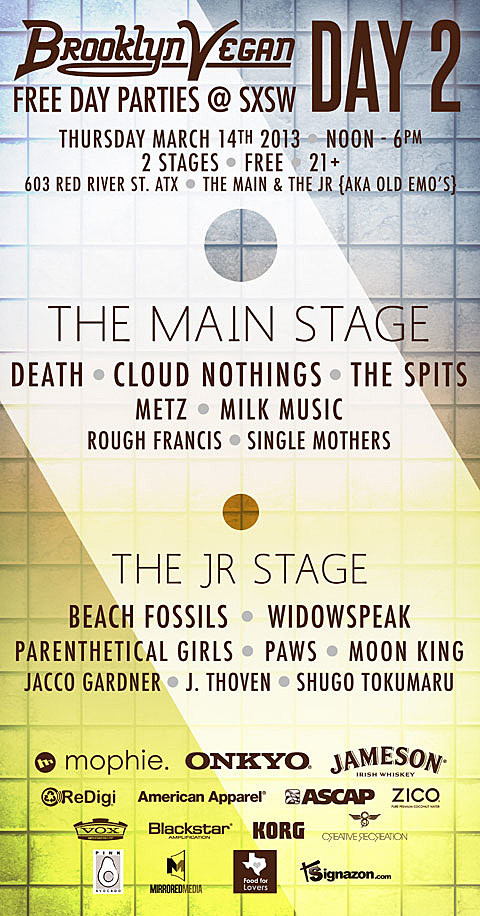 As you know, BrooklynVegan is returning to Austin for SXSW this year and throwing four days of day parties at The Main & The Jr aka 603 Red River Street at the corner of 6th aka the old Emo's location. Those happen Wed (3/13), Thurs, Fri and Saturday (3/16). All shows are 100% FREE with RSVP.

The free Thursday show runs from noon to 6 PM across two stages and the lineup looks like this:

For this show, we've got an all-punk stage outdoors (The Main), which includes a special early set from Detroit proto-punks Death, who are also screening their new documentary at SXSW (read our 2010 interview). They go on right after Rough Francis, whose members are sons of the members of Death. The show begins with a set from Ontario's angsty Single Mothers (whose debut album should be out this year), and also includes the grungy Milk Music (who are releasing their debut LP this year too), garage punks The Spits, noisy post-hardcore (and more Canada representation) from METZ, and ends with Cloud Nothings (who will hopefully play some of their upcoming "noisier" album). Bring earplugs.

Meanwhile, on the indoor stage (The Jr) we'll be getting a varied mix of stuff like the '60s-inspired baroque-psych of Jacco Gardner, the folky J. Thoven, Japanese singer/songwriter Shugo Tokumaru, the dreamy art pop of Moon King, something more akin to the outdoor stage from Glasgow trio PAWS, the theatrical pop of Parenthetical Girls, the dreamy Widowspeak, and finally the jangly Beach Fossils. Like all of our other parties, this one is open to the public and 100% FREE with RSVP. SXSW Badges and those on "The RDIO List" will be given priority admission.

PLUS: Free limited edition BrooklynVegan t-shirts for the first 50 people in the door thanks to our friends at American Apparel, who will also be on-site at the BV parties all week giving away even more free stuff. 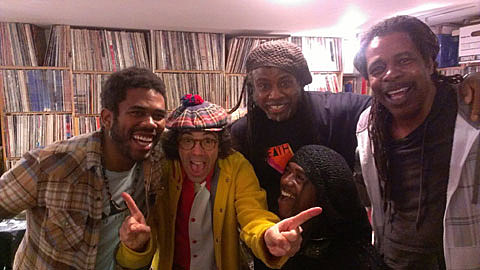 Bands will be well-equipped thanks to our generous and long-term backline sponsors Korg, Vox & Blackstar.

Those who show up will also get a chance to test out (and possibly win) the brand new Onkyo headphones before they hit stores next month. Onkyo will also be giving away some other awesome prizes on site at our parties all week AND you can head to their Facebook page now for the chance to win an Onkyo LS3100 Envision Cinema Bluetooth Home Theater Audio System or a pair of the new Onkyo headphones.

Keeping your mobile device charged at SXSW is always a challenge. BrooklynVegan will stay powered up all week thanks to mophie, who will also be on-site at our events, giving away passes and discount cards to the "mophie Mobile Shop" that will be conveniently located right down the street all week at 519 East 7th St.

Thanks also to Creative Recreation (who will be giving out sneakers on site), Signazon (who printed our banners, ASCAP, and Redigi (a place to buy used MP3s).

Single Mothers in Chicago in 2012 (more by James Richards IV) 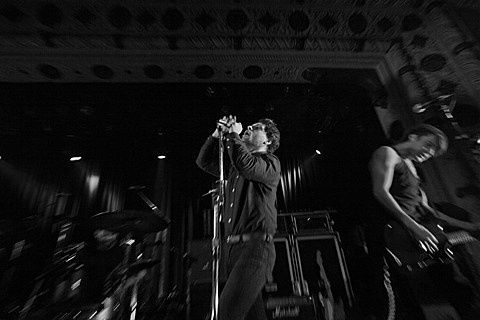 In addition to these parties, we also have three official night events going on, including our official showcase on Friday night, a Friday show with Omar Souleyman, Black Lips, Deer Tick, and more, and the official BrooklynVegan/Invisible Oranges metal showcase on Saturday. Our Saturday day party lineup is HERE and the others are coming soon.

Listen to some tunes below...

Death - "Politicians In My Eyes"

Parenthetical Girls - "A Note To Self" Official Video