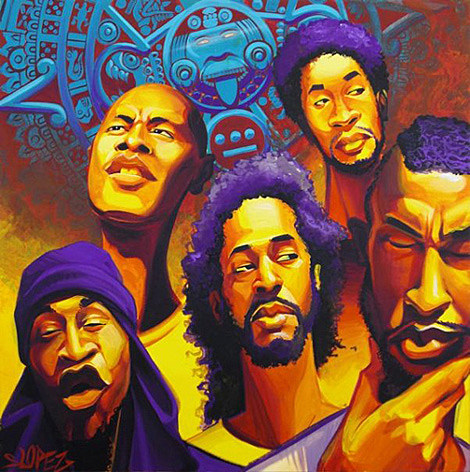 We are proud to announce that BrooklynVegan is an official sponsor for the Audible Treats official CMJ Showcase featuring a killer lineup of independent hip hop including west coast Hieroglyphics greats Souls of Mischief, recent faves Tanya Morgan, Trinity, Kam Moye, Oddisee, Finale, Jern Eye, and Truthlive! DJ Keelay, half of the production team Keelay & Zaire will be on the wheels. The show goes down on 10/22 at Southpaw in Brooklyn. Tickets are only $5 in advance, or $10 on the day of the show (or you can try to get in with your CMJ badge).

The Southpaw show will be Souls of Mischief's ONLY CMJ appearance, which will be in celebration of their new LP, Montezuma's Revenge. The album, which is produced by evil genius Prince Paul, is due on Dec 2nd via the crew's label Hiero Imperium.

Trinity, a group made up of AG of Show & AG, Sadat X of Brand Nubian, and DJ Jab, will make their debut at the show. Meanwhile, a solo AG is scheduled to team up with fellow DITC-er (and part time Organized Konfusion-er) OC for a show with RA The Rugged Man at Southpaw on 10/15. Tickets are here.

Kam Moye drops his new LP, Splitting Image, on October 27 via MYX Music Label. Samples from LP by the man formerly known as Supastition are above.

Jern Eye's Vision is set for release on October 13th, but as a teaser, he dropped The Eye Exam Mixtape here.

The Southpaw show on 10/22 is now one of THREE official CMJ showcases we're involved with this year.

Full Souls of Mischief tour dates, a whole bunch more MP3's, a flyer and some videos are below...

Souls of Mischief - "93 Til Infinity"

Souls of Mischief - "That's When Ya Lost" 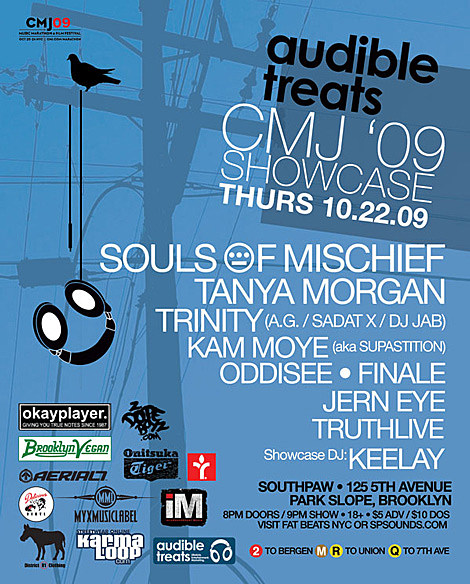