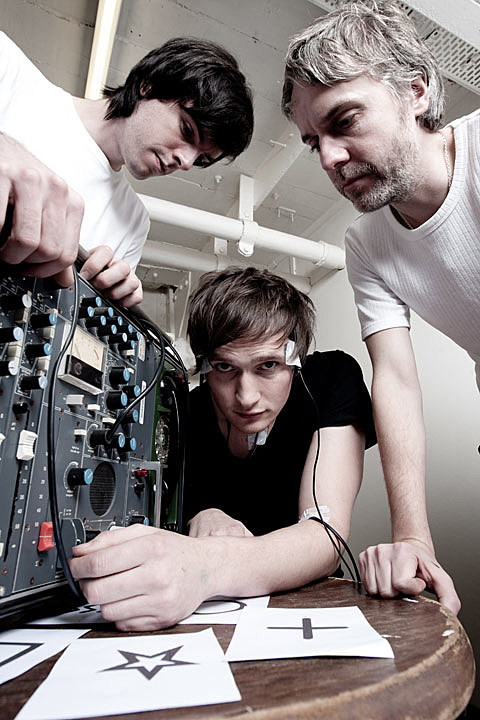 In addition to the official BrooklynVegan SXSW Showcase (3/16), I'm happy to announce we are also officially presenting bands on Thursday, March 17 at the new Dot Com Day Stage in the Austin Convention Center. The line-up is:

As it is in the Convention Center (Ballroom G to be specific), the Dot Com Day Stage is for SXSW registrants only (sorry). So if you've got a badge, do stop by (and if you don't, we and the bands have plenty other stuff going on too - stay tuned for more announcements and look at the full list of dates below). I'm pretty excited about the bands, three from the UK who I've been dying to see.

Led by charismatic singer/songwriter Erland Cooper, Erland & the Carnival are a strange, enticing blend of pastoral folk, psychedelic rock, Britpop and whatever else comes into their heads. The band (which includes former Verve/The Good the Bad & the Queen guitarist Simon Tong) recorded their very good new album, Nightingale , in the bowels of a ship. At times the album is reminiscent of the literate pop practiced by The Divine Comedy, in a psychedelic sea shanty hurdy gurdy man kind of way. (That's a good thing.) You can download the title track at the top of this post and the album is out in America on March 29 via YepRoc. Did anyone go see The Carnival when they played last November? 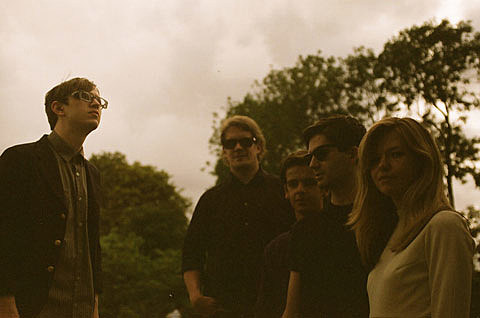 According to their bio on the SXSW website, Still Corners "have just signed an album deal with Sub Pop, single due out in April, debut full length in June," though there's been no mention of it from those at Sub Pop yet. One thing we do know: the band are playing their first-ever American show at Glasslands on Saturday, March 12. Check out the dreamy, captivating single "Endless Summer" at the top of this post. After SXSW, Still Corners head out on a North American tour with Papercuts and all tour dates are at the bottom of this post. 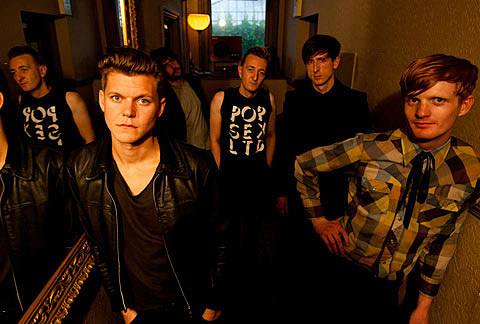 Frankie & the Heartstrings, meanwhile, just released their Edwyn Collins-produced debut album, Hunger, which debuted at #38 on the UK album charts. (No word on an American release.) Collins' former band Orange Juice is a clear influence, as is pre-dungaree Dexy's Midnight Runners. Says The Fly:

"Occasionally a band comes along with the miracle secret to crafting perfect pop music - not pop in the bastardised, Olly Murs sense of the word, but pop in its purest, most exuberant form...Hunger could easily be a singles collection, such is the calibre of its contents."

If you're not going to Austin this year, Frankie & the Heartstrings play an early show at Mercury Lounge on Monday, March 21. The Merc's website lists Veronica Falls as opening, which would have been sweet, but I'm told that's not happening now (we .

We'll have more updates soon as to BrooklynVegan's goings-on in Austin during the week of SXSW so stay tuned. Videos from all three bands playing the DotCom Day Stage, and more tour dates, below... 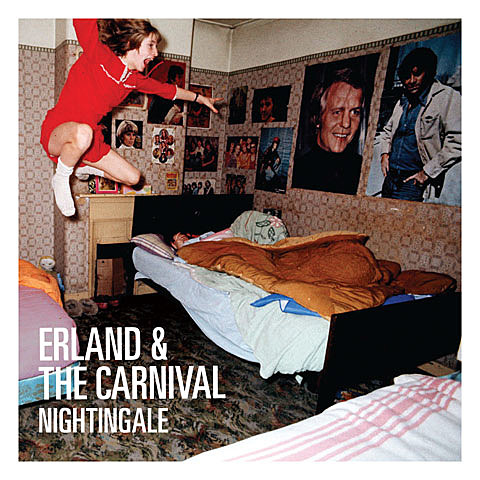 Erland & the Carnival - Map of an Englishman