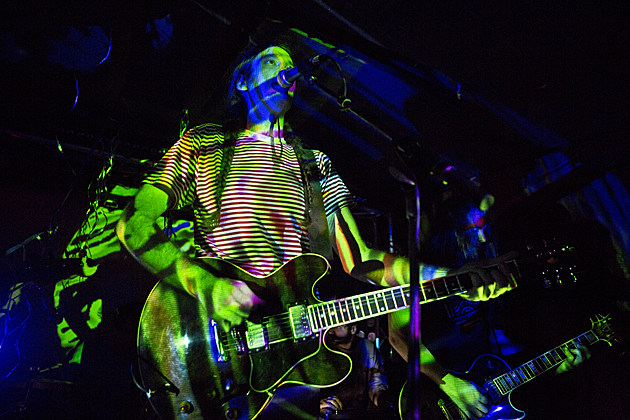 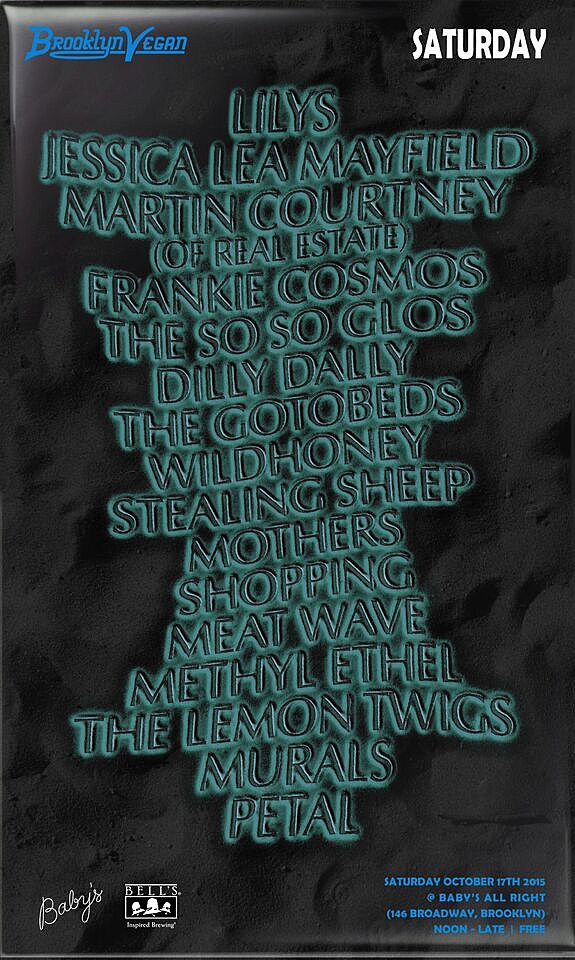 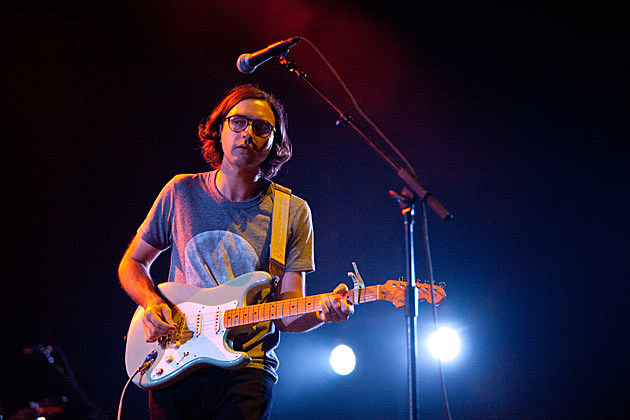 You already know the details for the free BV Friday day party at Baby's All Right. There's also an all-day BrooklynVegan Saturday party from 11:00 AM to midnight at Baby's.

The day kicks off bright and early with Louisville's pastoral psych band Murals and free vegetarian southern Thai samosas off the new Baby's menu, a collaboration with Bangkok restaurant Soul Food Mahanakorn. American brunch will also be available for purchase.

Like on Friday, things kick off with a FREE KEG OF BELL'S BREWERY CRAFT BEER while it lasts. We'll also have three varieties of Bell's on tap all day and night. 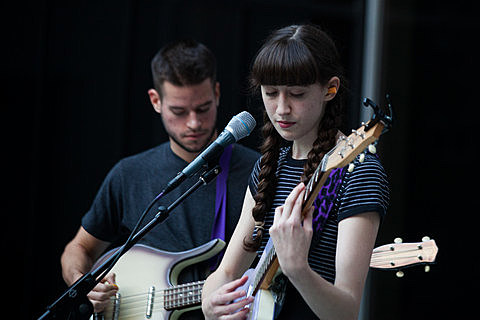 Again, all 12 hours of this show are totally FREE. No RSVP, no badge or anything required.

The show is one of five BrooklynVegan-presented shows in NYC this week. In addition to the Friday party, we're also presenting the two non-CMJ Front Bottoms shows at Irving Plaza.

Listen to the artists playing the Saturday party, below...