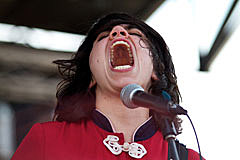 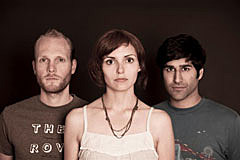 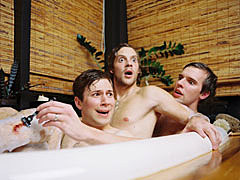 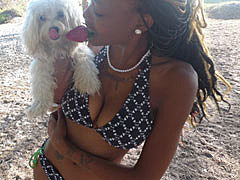 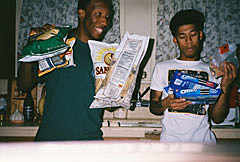 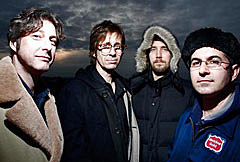 We've lost our mind and are doing nine BrooklynVegan shows at SXSW this year. It all starts Wednesday during the day on two stages at Emo's, and continues Wednesday night at Swan Dive where we might as well stay overnight because Thursday at noon is when we start the first of three day parties in a row at the same place (Swan Dive) and Barbarella (they connect).

And the FREE Thursday lineup is:

Some notes: Mellowhype (aka Hodgy Beats and Left Brain of Billboard cover stars Odd Future - and whatever other Odd Future members decide to come along) are only playing one other show - their label's showcase at Club DeVille. Listen to David Fricke and get to Swan Dive in time to see Josh T Pearson. Shannon & the Clams and Hunx & His Punx share members, and have even been known to show their members. There are lots of bands with "and" in their name playing the Barbarella Inside Stage. Brody Stevens is funny! Anika will be spinning vinyl between sets during the second half of the day. I am super excited to be hosting Screaming Females for a second time.

This party will also have:

and of course to Zach Jaeger of Tonally Dude for creating the racy flyer you see below....