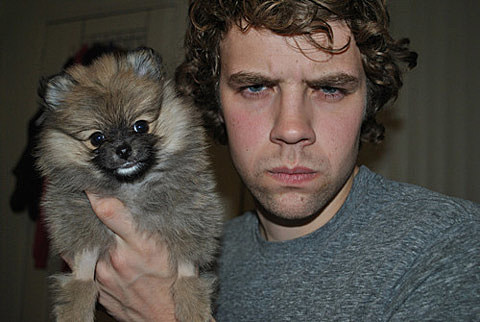 Sometimes, too many cooks in the Saturday Night Live kitchen can lead to legendary casts, unforgettable sketches, and the distinctively young comedic energy for which the NBC show is known. And sometimes, it just leads to a lot of people standing around with nothing to do. That's what the most recent season (#39) of the legendary sketch program felt like to many, and the numbers back up this sentiment: many cast members, especially new recruits brought on last season, seemed to barely be on the program at all. When even Lorne acknowledged SNL was in need of some serious shakeups, it was only a matter of time until the chopping block came down.

Brooks Wheelan. As confirmed by Wheelan on his twitter account, he has been cut from the
SNL cast after only one season

Other shake-ups include the departure of Noël Wells and John Milhiser, as well as longtime castmember Nasim Pedrad, who is leaving to join the cast of John Mulaney's new sitcom.

If you're already mourning the loss of Wheelan, perhaps you'll be comforted to find out that he's performing at Union Hall on July 28. Aptly titled "Brooks Wheelan Falls Back on Stand-Up Comedy," this show promises to be a valiant return to Wheelan's stand-up career and, at the very least, perhaps a place to hear juicy Lorne Michaels gossip. Tickets are on sale now.