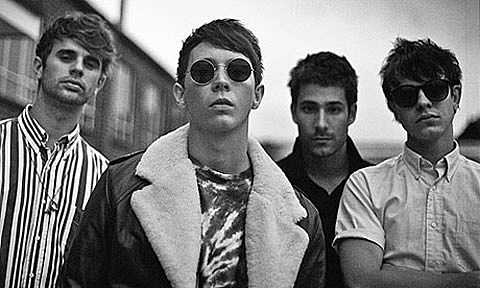 The band Brother have changed their name to Viva Brother following a legal challenge from another band of the same name. The Slough band came to the attention of another act - an Australian "powerhouse Celtic tribal trio" based in the US who combine "the deep pulse of the didgeridoo, the soaring highs of the bagpipes and tribal percussion". To avoid a court battle, the band briefly renamed themselves Brother UK, like the Charlatans UK before them, before deciding to adopt Viva Brother instead." [Guardian]

Viva Brother (formerly Brother) play Bowery Ballroom on August 2nd with Kitten and Frenchkiss band 1,2,3 (who should also change their name) (actually Kitten should too) (Kitten, Brother and 1,2,3 may be the most un-Googleable lineup of all time).