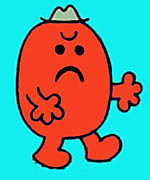 You may have noticed that sometimes when you try to buy a ticket at Ticketmaster, you are instead redirected to TicketsNow which is a scalper site owned by Ticketmaster. In turn, TicketsNow will offer to sell you the same exact tickets for a higher price. Ticketmaster describes it like this...

The potential shadiness involved there is pretty obvious, as a NJ politician pointed out in a letter he wrote to the federal government this week...

A New Jersey congressman has asked the federal government to investigate allegations that tickets to two Bruce Springsteen concerts were diverted to a ticket resale agency moments after they went on sale Monday morning.

Rep. Bill Pascrell (D-8th Dist.) said his constituents complained that Ticketmaster, the primary ticket seller for the concerts, said tickets were sold out and directed consumers to its subsidiary, TicketsNow, a secondary marketplace where tickets were being offered for resale at three and four times the cover price.

Pascrell wrote a letter yesterday to the Federal Trade Commission and the antitrust division of the Justice Department asking them to "investigate the relationship between Ticketmaster and TicketsNow to ensure that the procedure for purchasing tickets remains fair to the average consumer."

"There is a significant potential for abuse when one company is able to monopolize the primary market for a product and also directly manipulate and profit from the secondary market," he wrote. "The speed with which tickets were made available on Ticketmaster's official resale site raises questions about whether TicketsNow brokers were given preferential treatment." [NJ.COM]

The Superbowl (halftime show) was Sunday, Bruce tickets went on sale Monday, and the above letter was in the papers on Wednesday (yesterday). In no time, both Ticketmaster and Bruce Springsteen personally responded with letters of their own... 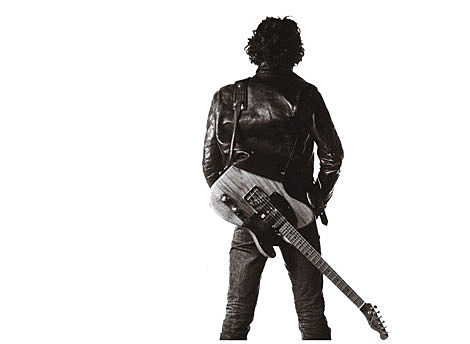 A LETTER TO OUR FANS:
We know there was much confusion regarding Ticketmaster and TicketsNow during last Monday's on-sale dates. We were as confused as you were, as we were given no advance notice of the major changes in the Ticketmaster-TicketsNow world. (Bear in mind that we are not clients of any ticketing company, and that all those arrangements are between venues and ticketing companies.)

Last Monday, we were informed that Ticketmaster was redirecting your log-in requests for tickets at face value, to their secondary site TicketsNow, which specializes in up-selling tickets at above face value. They did this even when other seats remained available at face value. We condemn this practice.

We perceive this as a pure conflict of interest. Ticketmaster is there to ensure that we have a good, fair sale of our tickets at their face value plus normal ticketing charges. TicketsNow is supposed to be a secondary site where people who already have tickets may exchange, trade, and, unfortunately, speculate with them. We have asked this redirection from Ticketmaster to TicketsNow cease and desist immediately and Ticketmaster has agreed to do so in the future and has removed its unwanted material from their and our site.

While many of you have sent notes to us and your local promoters, you may also send accurate informational letters to Albert Lopez of Ticketmaster and he will try to address your questions.

A final point for now: the one thing that would make the current ticket situation even worse for the fan than it is now would be Ticketmaster and Live Nation coming up with a single system, thereby returning us to a near monopoly situation in music ticketing. Several newspapers are reporting on this story right now. If you, like us, oppose that idea, you should make it known to your representatives.

The abuse of our fans and our trust by Ticketmaster has made us as furious as it has made many of you. We will continue to do our utmost now and in the future to make sure that these practices are permanently curtailed on our tours.

An Open Letter of Apology to Bruce Springsteen, Jon Landau and the entire Springsteen Tour Team:

While we were genuinely trying to do the right thing for fans in providing more choices when the tickets they requested from the primary on-sale were not available, we clearly missed the mark. Fans are confused and angry, which is the opposite of what we hoped to accomplish. We sincerely apologize to Bruce, his organization and, above all, his fans.

We recognize that we need to change our course. We have committed to Bruce and state publicly here that we have taken down all links for Bruce's shows directing fans from Ticketmaster to TicketsNow. This redirection only occurred as a choice when we could not satisfy fans specific search request for primary ticket inventory, but to make sure there is no misunderstanding in the future, we also publicly state that we will never again link to TicketsNow in a manner that can possibly create any confusion during a high-demand on-sale. Specifically, we will not present an option to go to TicketsNow from Ticketmaster without the consent of the artist and the venue, both of whom work together to bring the joy of live entertainment to millions of fans.

If any fans inadvertently purchased tickets in the resale marketplace believing in error they were purchasing from the initial on-sale, we will refund the difference between the actual purchase price and the face price of the ticket. (Please don't abuse this good faith gesture as we did not give brokers any preferential access to tickets.)

We are committed to helping deliver the most transparent and best live entertainment experience to fans. We will do better going forward.

This all comes in the wake of the news that Ticketmaster may merge with Live Nation (or maybe AEG). And it was only a week earlier that Live Nation, who recently stopped selling tickets through Ticketmaster, had angry customer problems of their own when LiveNation.com couldn't handle the traffic when Phish tickets went on sale. Live Nation has since promised to do better next time...

"When you have 10 million requests from your ticketing system and only 20,000 seats, there's going to be a line," says Nathan Hubbard, CEO of Live Nation Ticketing. "But we can do a better job going forward of messaging to them and handling the experience they have once they finally get through it and the tickets are sold out."

Indeed, most of the frustration expressed online seemed to be from fans who made it through much of the ticket-buying process before crashing off the site without completing the transaction, or those who spent what they felt was too much time in the ticket "waiting room" only to come away empty-handed. [Billboard]

In other news, Bruce Springsteen AND Phish are playing Bonnaroo. More Bruce tour dates here. Tickets for Bonnaroo go on sale this Saturday on... not LiveNation.com or Ticketmaster, but Bonnaroo.com