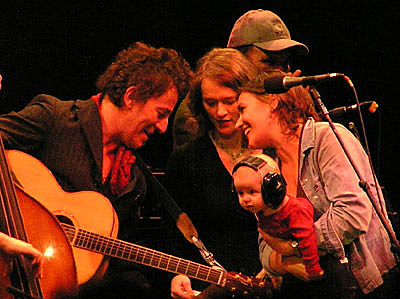 Bruce Springsteen's Nebraska album runs a little longer than 40 minutes. I thought maybe it would take 90 minutes for a bunch of musicians to cover each song (with filler and delays). The free show at the Winter Garden started at 8:00. At 9:00 I changed my estimate to 2 hours. At 10:00 I gave up and left because I wanted to catch Mi & L'au's opening set at the Knitting Factory. oops....

Luckily heartonastick stuck it out for the full 3 hours. Otherwise we wouldn't have so many good pictures of Bruce's surprise appearance during the finale.

JEN CHAPIN DOES 'BORN IN THE USA' 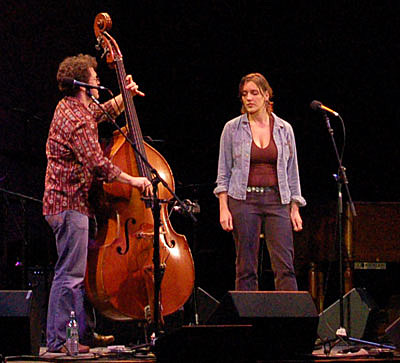 It ends up the show was much more than just "Nebraska". We learned that "Born in the USA" and "I'm on Fire" were written in the Nebraska period. They were performed at this show too. We heard short interviews with each artist. Since it was the opening event for the 2006 New York Guitar Festival, there were "guitar interludes" in between every few songs. And there was a short intermission. Keep reading for more photo highlights.... 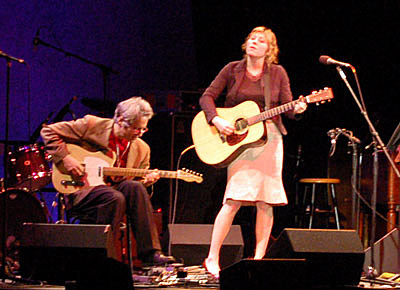 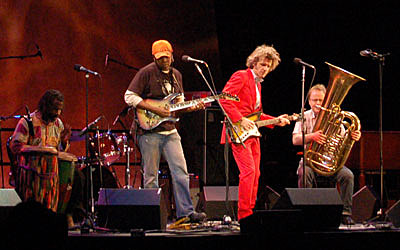 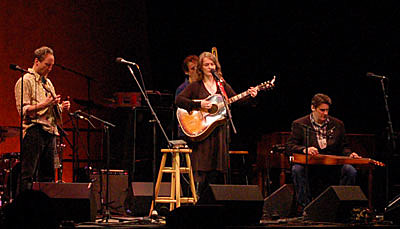 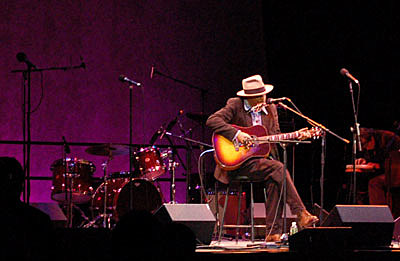 And previously I posted the pics of the National.