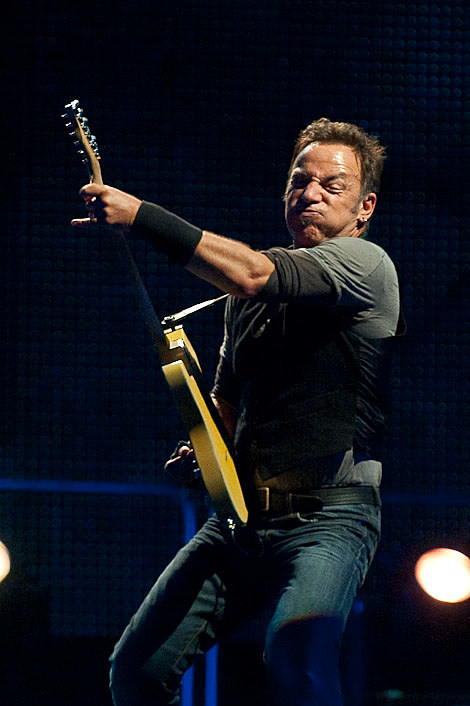 "We Take Care Of Our Own," the album's first single,' is "classic Springsteen" with "anguish and challenge [that] run thick and fast" (Rolling Stone); a "richly orchestrated Wall of Sound... that nods to the 'Born to Run' era" (Billboard).

The tour, which does not-at-the-moment include a rumored Wrigley Field show, will hit the NYC-area in April:

The Boss returns home to play the Prudential Center in Newark on May 2.

All dates, which also do not include Austin (yet?), where Bruce is giving a SXSW keynote speech right before the tour starts, are listed along with a stream of the new song and more new album info, below...

'Wrecking Ball' Song Titles:
We Take Care of Our Own
Easy Money
Shackled and Drawn
Jack of All Trades
Death to My Hometown
This Depression
Wrecking Ball
You've Got It
Rocky Ground
Land of Hope and Dreams
We Are Alive
Said long-time manager Jon Landau, "Bruce has dug down as deep as he can to come up with this vision of modern life. The lyrics tell a story you can't hear anywhere else and the music is his most innovative in recent years. The writing is some of the best of his career and both veteran fans and those who are new to Bruce will find much to love on 'Wrecking Ball.'"