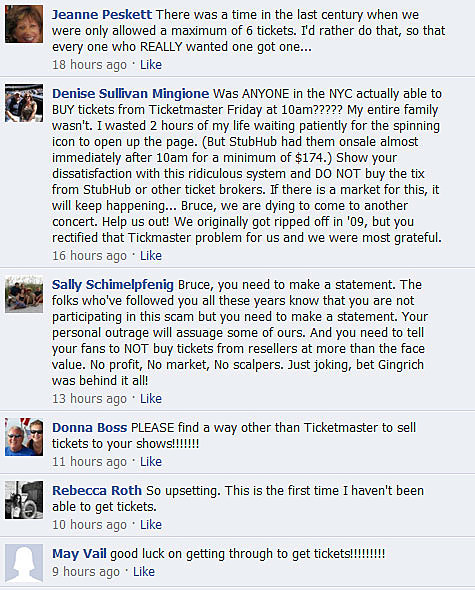 "This couldn't have happened to a more high-profile artist, at a worse time, or in a worse place. And now, New Jersey Congressman Bill Pascrell is promising action and the reintroduction of the BOSS Act, which calls for secondary market oversight and restrictions on companies like Ticketmaster.

The meltdown started Friday, when fans attempting to purchase tickets to Bruce Springsteen's upcoming 'Wrecking Ball' tour on Ticketmaster were frozen out - except, marked-up tickets were readily available on StubHub and other markup sites (and maybe even Ticketmaster's own secondary marketplace, TicketsNow.)" [Digital Music News (via)]