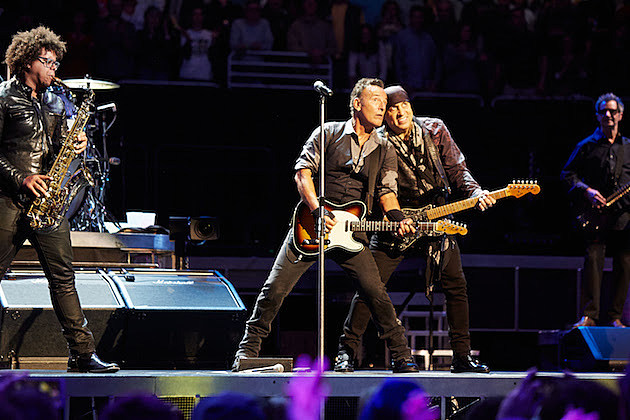 Bruce Springsteen and The E Street Band's "The River" tour hits NYC tonight (1/27) for a sold-out show at Madison Square Garden. It was supposed to be his second MSG show, but the first was postponed due to the two feet of snow Winter Storm Jonas dumped on the city. The makeup date has been announced: March 28. All tickets for the 1/23 MSG show will be honored (refunds available at point of purchase) and it's still listed as sold-out.

Springsteen, who plays a sold out Prudential Center show on Sunday (1/31), has also announced more shows for "The River" tour, including two nights at Brooklyn's Barclays Center on April 23 & 25. Tickets for those Barclays show go on sale Friday (1/29) at 11 AM. Updated dates are listed below.