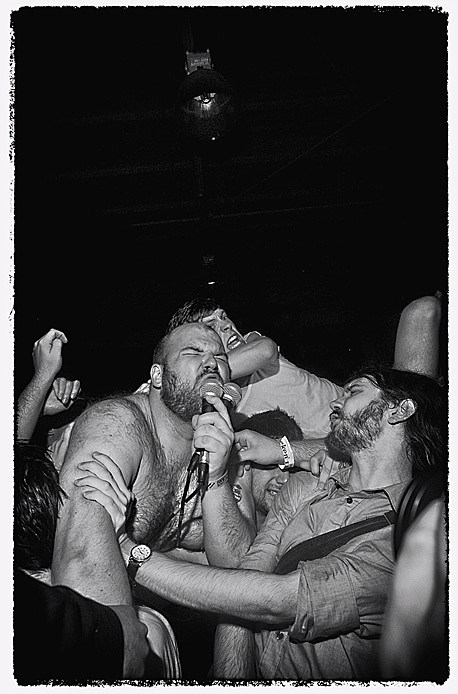 Bruise Cruise II, which will take place February 10-13, 2012 off the coast of Miami, added a few more artists to their lineup earlier this month. Those additions include Fucked Up, The Togas (feat. Ty Segall, Philip Sambol of The Strange Boys, Lance Wille of Reigning Sound, and Shannon Shaw of Shannon & the Clams), Vivian Girls (DJ set), and more to be announced soon. Tickets for the cruise are on sale now.

Bruise Cruise and Panache Booking (who co-founded the cruise) have a CMJ showcase scheduled too. The showcase will take place at Public Assembly on October 22 with Shonen Knife, Cheeseburger, White Fence, Vockah Redu, Turbo Fruits, Jacuzzi Boys. and others. Tickets for the showcase are on sale now, or you can try to get in with a CMJ badge.

Panache Booking are also doing their own showcase at Knitting Factory on October 20 with Matthewdavid (who plays Highline Ballroom with Dam-Funk 5 days later), Pterodactyl, Evi Antonio, Mike Viser, and The Immaculates. TIckets are on sale now.

Speaking of Fucked Up, who just played Webster Hall with Wavves, they've got a video for the song "Do You Feed" by the fictional band Animal Man, from Fucked Up's fictional compilation album. You can watch that below. You can also watch a video of Damian Abraham dancing on stage with Yo Gabba Gabba.

Fucked Up - Do You Feed from Lance Ludwig on Vimeo.

Damian dancing with Yo Gabba Gabba