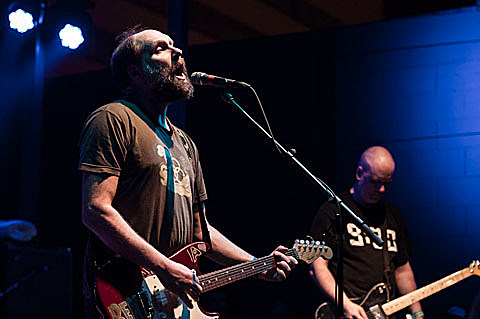 It was already announced that Brand New and Desaparecidos would be playing pre-Coachella shows together, and they've since expanded their itinerary to include an LA show in between the two Coachellas, which excitingly is also with Built to Spill. Brand New have other newly-added Coachella-time dates (with Circa Survive) and Built to Spill are touring on their own around then too. Both BN and BTS also play Shaky Knees Fest. Updated dates are listed below.

Desparecidos have also added an in-between-Coachella LA show with Touche Amore and Joyce Manor, happening ahead of the San Francisco show those three bands play together. Updated lists of their dates below too.

Lists of dates below...