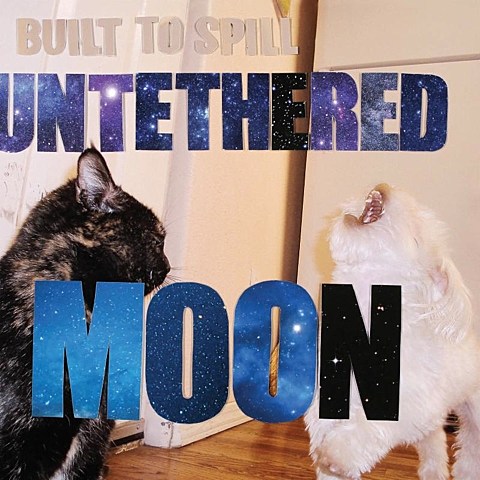 More details have been announced for Built to Spill's upcoming album, Untethered Moon. Their first album in six years and eighth album since 1993 will be out April 21 via Warner Bros, with a slightly early vinyl release dropping on Record Store Day (4/18). It's the band's first album with current drummer Steve Gere and bassist Jason Albertini, and was produced by Doug Martsch himself along with past collaborator Sam Coomes (Quasi, Heatmiser).

First single "Living Zoo" is out now, and it's got all the left-field guitar heroics and trademark nasal vocals you'd expect from a great Built to Spill song. Check it out below, and get it as an instant download when you pre-order the record. Tracklist and updated tour dates (including recently added shows with Death Cab for Cutie) below too. That's the album artwork above.

Tracklist:
All Our Songs
Living Zoo
On The Way
Some Other Song
Never Be The Same
C.R.E.B.
Another Day
Horizon To Cliff
So
When I'm Blind

* with Brand New, Desaparecidos
^ with Death Cab For Cutie