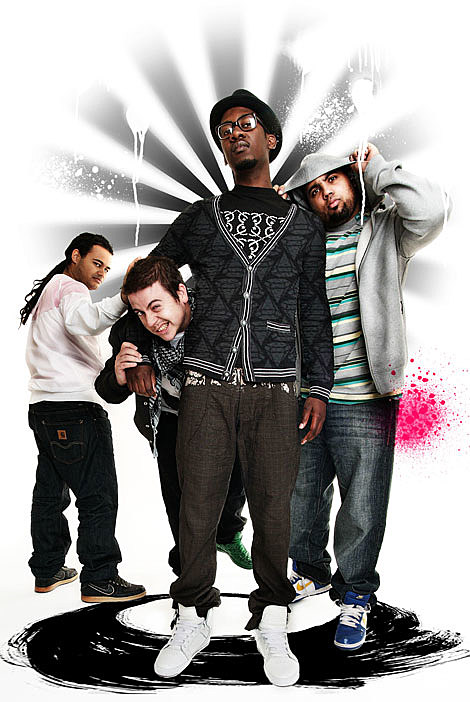 For a particular sort of cultural trainspotter, tracking down the newest strains of dance music from diverse parts of the world with the assiduousness of a modern-day Alan Lomax, this Angolan style is the current ne plus ultra.

Built on the fundamentals of house music, with the chilly, playful textures of electro and early rave and faint echoes of the Caribbean, kuduro is full of coarse break beats and bass lines that vibrate just at the edge of collapse. It's lately gained traction in Europe, particularly in Portugal, which has a significant population of immigrants from Angola, a former Portuguese colony.

Portuguese DJ's/producers João Barbosa (Li'l John), Rui Pité (DJ Riot), Andro Carvalho (Conductor) and Kalaf Ângelo - together, Buraka Som Sistema - will visit our country again in 2009 for a tour that brings them from Coachella in Indio, CA to NYC to play Bowery Ballroom on Saturday, May 2nd. Tickets are on sale now.

Unlike last time they visited NYC in October though, this time they'll be with "Full Live Set-Up" which is being further advertised as an "explosive multi-decked live show, involving physics-defying dance troupes, serious percussion and rotating rapid-fire MCs."

Fabric is reissuing/releasing Buraka Som Sistema's full-length debut, Black Diamond, on April 7. Its single, "Sound of Kuduro," featuring M.I.A., is out now at iTunes, and appeared as a bonus track on last year's Kala reissue. The video for that song, and all tour dates, below...

"Kuduro (or Kuduru) is a type of music born in Angola and immediately exported to Lisbon suburbs in Portugal...it is characterized as uptempo, energetic, and danceable...[with]'elements in common with punk, deep tribal house, and even Daft Punk.'" [Wikipedia:]