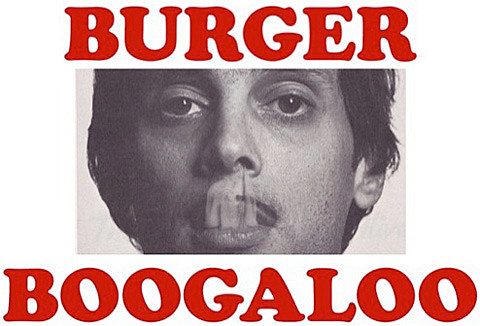 The Burger Boogaloo is back in the Bay Area for 2015, happening at Oakland's Mosswood Park Amphitheatre on July 4 & 5. John Waters is not just on the poster above, he'll be hosting the show as well. This year's lineup includes The Black Lips, King Khan & BBQ, Shannon & The Clams, Untamed Youth, The Mummies, The Gories, Guantanamo Baywatch, Audacity, Gooch Palms, The Pandoras (making their first public appearance in 20 years) and lots more. Tickets are on sale now. Full Burger Boogalooo lineup below.

Elsewhere: Burgerama Four is happening in Santa Ana, CA at the end of March, and earlier that month the label will be in Austin for SXSW with details on their shindigs still to come. 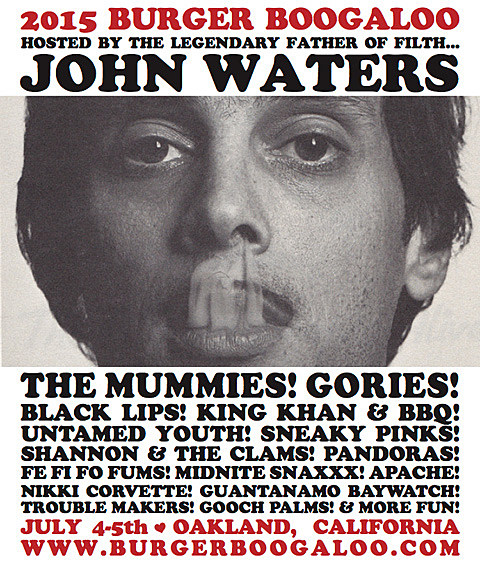