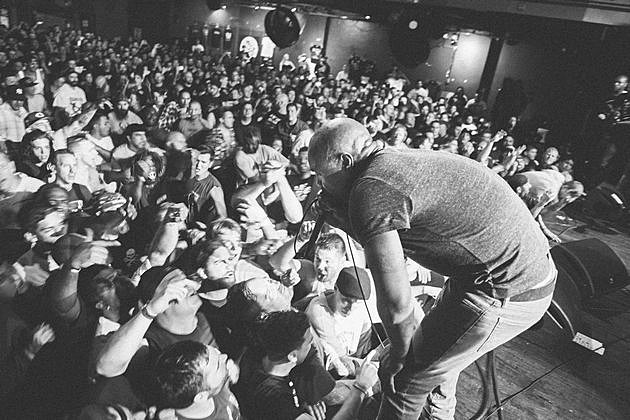 Back in spring 2015, NYHC greats Burn reunited for hometown hardcore fest "Black N' Blue Bowl. At the time they were saying they weren't sure if it would be a one-off or not, but it looks like it turned into a full-fledged reunion. They've continued playing shows, including Berkeley, CA's 924 GIlman St in October and NYC's Santos Party House in December (videos of both below), and they've got a sold-out Philly show with American Nightmare coming up this spring. In December, they began recording an EP with ex-Burn (and Rival Schools) guitarist Ian Love involved, and they're planning to record an album at the end of January. Check out pictures of the recording sessions here.

Burn's current rhythm section is the same one who recently left Glassjaw, who have a new single off their long-awaited third album and an upcoming tour. In more related news, Ian Love's band States & Kingdoms are opening one of the BV-presented Shiner shows at Saint Vitus this month. 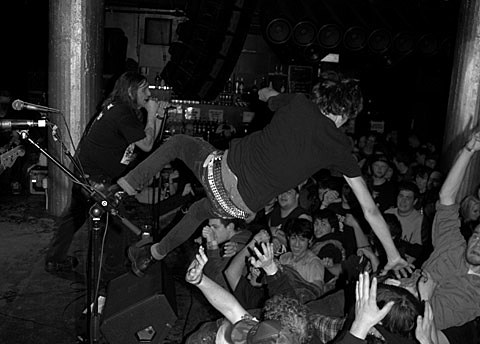 In other hardcore news, Austin vets MDC are touring with Deathwish this spring and hitting Brooklyn on April 15 at Grand Victory. Tickets for that show are on sale now. All dates are listed, with a stream of 1982's classic Millions of Dead Cops, below.

Lastly, Chicago staples Weekend Nachos will release their fifth album Apology via Relapse and tour internationally all year, but they're calling it quits after that. The NYC show happens May 20 with The Afternoon Gentlemen at a TBA venue. Stay tuned for more info, and read the band's full statement with their list of tour dates, below.

To anybody who gives a shit,
We would like to announce with both sadness and excitement that 2016 will be the final year as a band for Weekend Nachos. It's been almost 12 years and we have decided to hang it up. This is not for any reason other than the fact that all good things must eventually come to an end, and we are rapidly approaching the end of our time. It's been an insane and crazy ride for us to see where we were able to take this band. Everything was done completely on our terms and with the same DIY spirit that we had when Andy and I first jerked each other off in our Dekalb apartment in 2004. We will continue to apply that sacred mindset towards our future projects and endeavors...I hope all of you will do the same.

We would like to thank anybody and everybody who ever shared this experience with us. Your support will never be matched and it has been a lot of fun. We will be playing a series of shows over the course of 2016 and as always, if you have a chance to see us, don't sleep! We never know when we'll be back. If it ever makes sense to play another show after our demise in the years to come, maybe we will, but don't count on it.

Our 5th and final album, "Apology", will become available sometime this year via Relapse Records, Cosmic Note and Deep Six Records. Thanks again, everybody.