Burnt By The Sun at Cake Shop (more by Paul Birman) 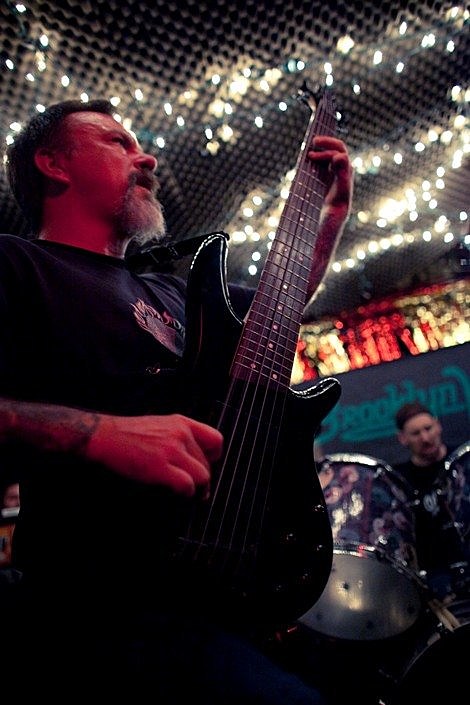 After playing a "maybe" last show ever, Burnt By The Sun will return from the grave one last time (they say) to support Harvest with Torchbearer at The Studio at Webster Hall on July 20th. Tickets are on sale. The show is one of three scheduled for Harvest in the coming months. The band will also play July 16th in Minneapolis with Disembodied at what may be their last show too...

"Harvest is returning to play their hometown after not playing for almost 12 years. Disembodied will also join them and it is rumored that this is their last show. At first the show was being held at a same venue which only held 200+ people. It has recently been moved at the Triple Rock Social Club, which makes more tickets more available now. I believe theirs show will sell out again so if you want to go, pick up your tickets as soon as possible. The show will also have Relentless, Venia, Former Thieves and Iron Rain. All this bands are from the Midwest so come out support No Coast Hardcore." [Ill Cause Webzine]

In related news, Seattle band Trial have reunited and are also on the bill of Sound & Fury Fest. No need to travel all the way to California to see them though. They are playing a Panic Records Showcase at The Studio at Webster Hall in NYC on June 27th with Another Breath (their last NYC show), The Saddest Landscape, Powerwolves, and Don't Give A Fuck. Tickets are on sale. The date is one of four Trial currently have schedule, and they also played the "first-ever Panic Records Showcase" at Neumos in Seattle on May 27th.

--
Inner Station by Burnt By The Sun

BURNT BY THE SUN - "Forlani"