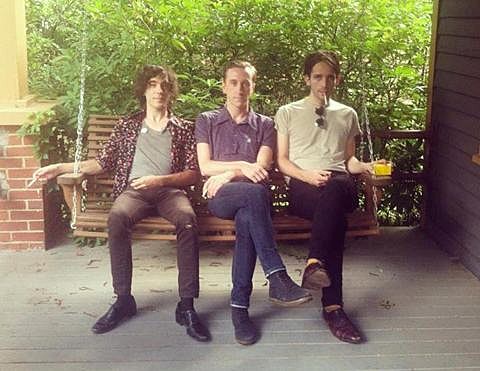 San Francisco's Burnt Ones are flying a freak flag particular to that part of the country -- one that is scuzzy and prolific. After numerous singles, EPs and LPs on a variety of imprints -- including Burger -- the band have landed at John Dwyer's Castle Face Records who will release their third full-length, Gift, on March 25. You can get a taste of the record via "New Heroes of Subscription Services," which makes its debut in this post. Powered by a distorted keyboard line, it's a trippy blast of color. Stream it below.

Burnt Ones are going on tour this spring, making requisite stops at SXSW and a few dates opening for Ty Segall. They'll also be east, including a show in NYC at Death by Audio on March 23 with tourmates Raw McCartney and more TBA. All tour dates are listed below....