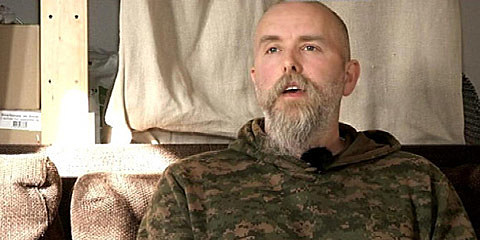 Varg Vikernes, the eternal lightning rod for controversy, is back in a French court on charges of "inciting racial hatred." Vikernes was arrested in July of 2013 due to suspicions that the one-time black metaller was "plotting a massacre." While Varg and his wife were eventually released since authorities couldn't find evidence of a specific plot, he was still charged with posting racist and anti-Semitic views on his blog. Police also stated they found anti-Semitic evidence on a seized computer. Varg's defense?

Vikernes told the court that according to Norwegian secret police there were "at any given moment 350 people pretending to be Varg Vikernes on Facebook", adding that "anybody can very easily put up a blog" that appeared to be one of his.

This is another entry in a lifetime of legal troubles for the former Mayhem bassist/Burzum mastermind. In 1993, Vikernes was arrested for arson, burning down at least seven churches, and for the murder of his Mayhem bandmate Øystein "Euronymous" Aarseth. He served 16 years of his 21 year sentence, eventually resettling in France with his wife and children.

This news comes the same week his new album, Burzum's The Ways of Yore, was released (a return his synth dominated works, adhering to a statement made earlier in the year that he "no longer plays metal music.")