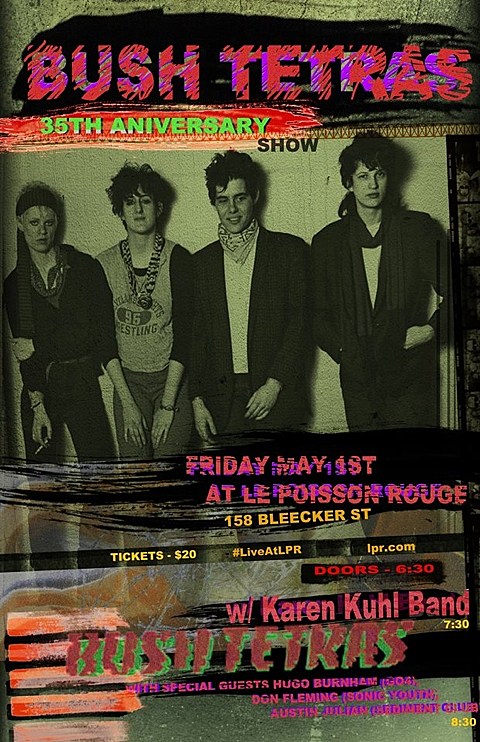 NYC post-punk legends Bush Tetras will celebrate their 35th anniversary this year with a hometown show on May 1 at Le Poisson Rouge. The band's lineup for the show is Pat Place, Cynthia Sley, Dee Pop, Julia Murphy, and they're presenting it in memory of original bassist Laura Kennedy, who passed away in 2011.

Opening is Karyn Kuhl, singer of '80s band Gut Bank and '90s band Sexpod, and she'll be joined by original Gang of Four drummer Hugo Burnham and Don Fleming of various bands including Gumball, Dim Stars (with Richard Hell and half of Sonic Youth), Half Japanese and more. Tickets for the show are on sale now.