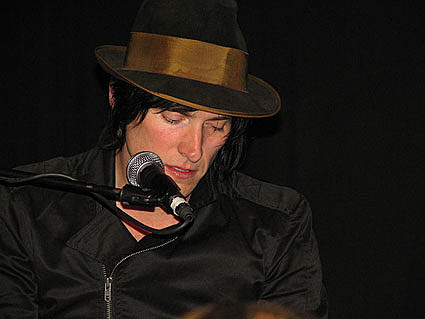 Butch Walker and his family have fallen victim to the wildfires spread by the Santa Ana winds across Malibu, CA. On November 24th a family friend was forced to evacuate the singer, songwriter and producer's Malibu home, which was being rented from Red Hot Chili Peppers guitarist Flea, due to the rapidly spreading fire. Walker was in New York City at the time on tour.

Says Walker "I had just consolidated my entire recording studio and house from Atlanta into the one house In Malibu. I lost everything I've ever owned. Every master of every song I've ever recorded, every piece of recording equipment, guitars, drums and things I've collected over the years, cars, motorcycles, every family memorial, heirloom, picture, and document we ever had.... Gone. I feel like I finally know the difference between 'going back' and 'going home'."

Many pets have also been displaced by the wildfires which are now near full containment. Butch played sold-out shows at Maxwell's on the 23rd & 24th.