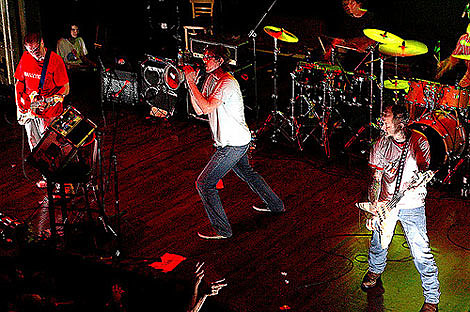 According to the Butthole Surfers' site, "The reunited lineup of Gibby Haynes, Paul Leary, Jeff Pinkus, King Coffey and Teresa Taylor will be playing all upcoming dates." And though they don't have the show they're playing on December 12th at Warsaw in Brooklyn listed there, I'm guessing it still applies especially since that's who played their last NYC show which was at Webster Hall. Black Dice open the upcoming Brooklyn show and tickets are on sale (thx all). All dates below...