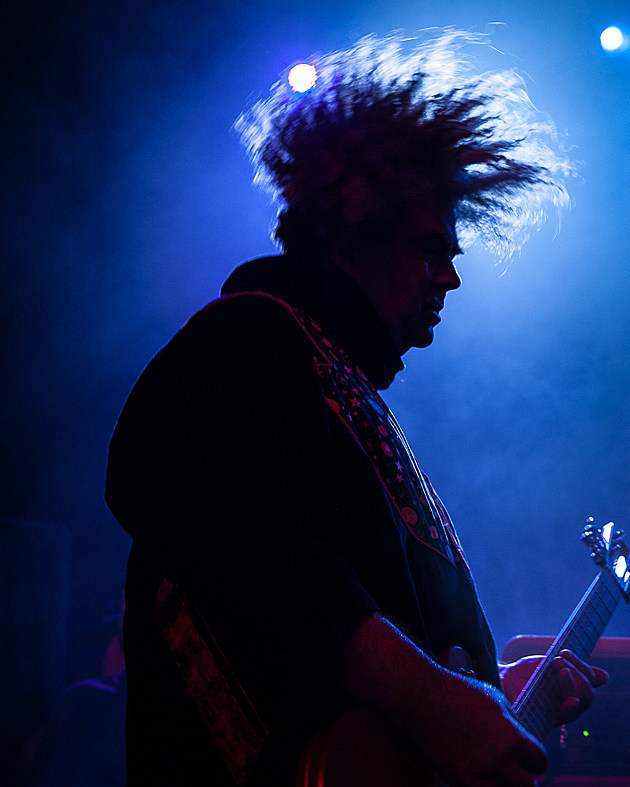 Melvins are about as predictably unpredictable as any heavy band out there. Their recent stunts include trying to set a US tour record by playing all 50 states in 51 days and reverting to their original early-'80s lineup for their most recent album.

For his next trick, vocalist/guitarist Buzz Osborne will be playing a run of solo acoustic shows in February and March, starting with a Scion Rock Show appearance in LA on 2/25. This wouldn't be such a weird move for most rock frontmen, but Buzzo is not known for his friendliness to such sensitive endeavors. As he put it himself:

"I'm looking forward to taking this show on the road! Solo acoustic is something I'd never thought I'd be doing. Maybe that's why this will work!"

Osborne will also release a "commemorative 10-inch" (odd word choice, but okay) of the tour via Amphetamine Reptile on a date yet to be announced.

No NYC stop at the moment, sadly, but if you're going to be in Austin for SXSW you can catch Osborne there. All dates are listed below...