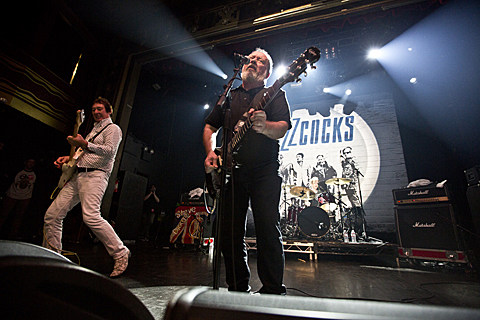 Punk greats the Buzzcocks will be visiting the US for a few East Coast dates this spring, including two in the NYC area: Irving Plaza on April 16 and Asbury Park, NJ's Stone Pony on April 17. Tickets for those shows go on sale Friday (3/6) at 10 AM but you can get them early with a BrooklynVegan presale beginning Tuesday (3/3) at 10 AM. Check back Tuesday morning for the password. There will also be a Live Nation presale on Wednesday (3/4) at 10 AM. All tour dates are listed below.

Buzzcocks, which still features singers/songwriters Pete Shelley and Steve Diggle, released their ninth album, The Way (and toured), in 2014 and you can stream that below.