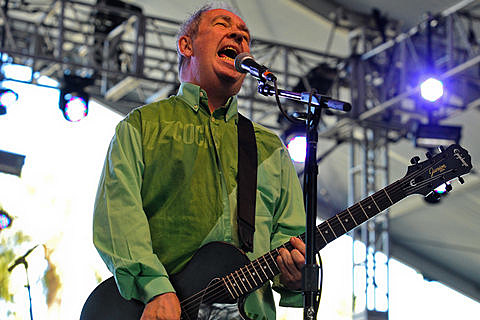 Late '70s British punk pioneers Buzzcocks (who have been reformed since 1989 -- their current lineup features core members/songwriters Pete Shelley and Steve Diggle) are returning to North America for Riot Fest Chicago, Denver and Toronto, and while they're here they'll go on a short US tour too. That tour hits NYC on September 6 at Webster Hall, which is awesomely being opened by Titus Andronicus, who have headlined that venue on their own. Tickets for this great double bill go on sale today (6/20) at 10 AM. All Buzzcocks dates are listed below.

You can also catch Titus in NYC sooner when they play a free show at Brooklyn Night Bazaar on July 11.

Stream some classic Buzzcocks, with the list of dates, below...

Buzzcocks - "Ever Fallen In Love (With Someone You Shouldn'tve)"