Buzzoven live in the 90s 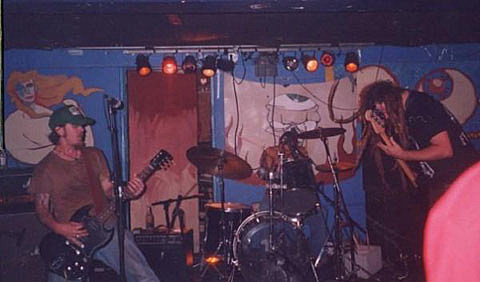 Buzzov-en was a sludge metal band from North Carolina, formed in 1989 by the remaining members of Sewer Puppet. The band was known for being one of the founders of the sludge genre (after Eyehategod), and also for their out-of-control and violent live shows. The band in its early days toured heavily around the United States and built up a cult following leading up to the release of their debut album, To a Frown (1993), which caught the attention of Roadrunner Records, who released the band's second album Sore (1994). The band was dropped by Roadrunner, and from then on have gone through several periods of being split-up and reformed, with the only constant member having been Kirk Fisher.

Lightning strikes twice! Just like sludge faves Eyehategod, who returned to NYC with a trip on the high seas, the highly volatile Buzzov-en will return to NYC to play a BrooklyVegan / Rocks Off Concert Cruise on September 30th, alongside Black Tusk, their first NYC show in 12 years! Tickets are on sale, full tour sked is below. FYI, Buzzov-en 2010 looks a little like this: Kirk Fisher, "Dixie" Dave Collins (Weedeater, Bongzilla, Sourvein, Hail! Hornet), and Ramzi Ateya (Sourvein).

The NYC show is just 26 days after Black Tusk plays NYC with Fu Manchu (tickets), and will mark their fourth NYC appearance in less than five months. Their LP, Taste The Sin, is out now via Relapse - the label responsible for Buzzoven's latest EP, Violence From The Vault.

Some video of Buzzov-en, and full tour dates are below.... 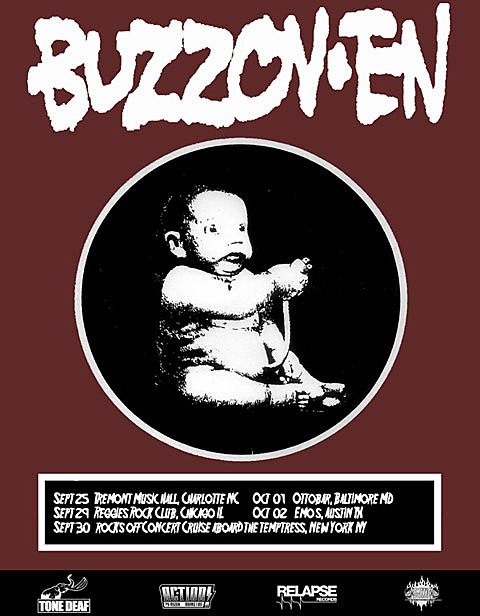