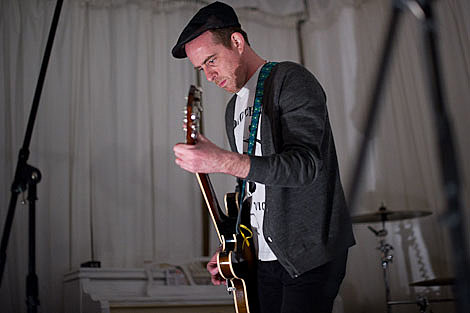 Back in 2008, BV and I used to put on shows at Pianos called Rock n ROFL. As the title implies, these shows featured legendary comedy line-ups curated by me followed by musical onslaughts curated by BV. The lead up to each and every one of those shows always stressed me the F out, but as the room would fill up and the shows got under way, all the stress would dissolve and turn into feelings of sheer joy. Our generous drink specials always helped. Although, when the Futureheads played I got a little anxious because I thought for sure the floor of the live room was about to collapse under our feet... 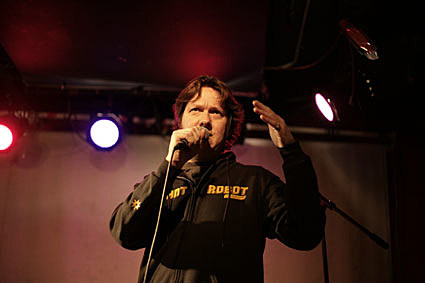 Anywhoozle, for whatever reason, the RoFL's ceased to be and that was ok because, well, life started to get pretty busy. But the other day I came across a poem called Around the Corner by a dude called Henson Towne. After a good cry I realized that, man, life is short and I miss the stress and relief that comes with putting on a show...

So it is with profound joy that I announce BrooklynVegan and Klaus Kinski Present happening at the Rock Shop on Saturday August 27th (8:00pm doors, 21+). The show will be hosted by the great and much loved comedian Dave Hill and feature sets by Rhode Island's own Broadcaster, Doug Gillard, and Ted Leo!

Full disclosure: my brother is in Broadcaster. But before you raise your pitchforks and head into the comments section to cry nepotism, be advised that my adoration of the band has nothing to do with the fact that my brother is in it. They are flat out, ass kickingly awesome. And you don't have to take my word for it; they recently won the Breakthrough Act of the Year award at this year's Providence Phoenix readers poll. The PEOPLE have spoken! They are even Ted Leo Approved! So don't dilly dally getting to the show. Get there early, have some booze, and experience the fury that is Broadcaster. 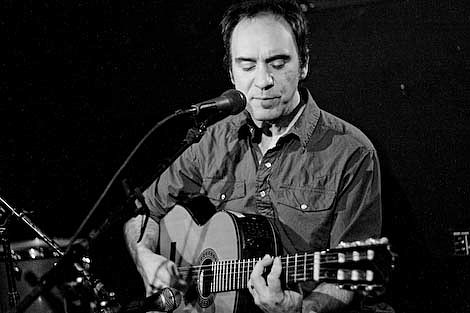 And there is no hiding my adoration of the great Doug Gillard. This axe-wielding ex-GBV and ex-Cobra Verde (a band Dave Hill was also in) troubadour makes some of the best rock in the biz. Backed by a full band, he will blow the wig right off your head. And to cap things off, Klaus Favorite, BV favorite, and all around nicest guy in music, Ted Leo will horse around on stage for our listening pleasure.

I honestly could not be happier with the line-up we've cooked up. And I am beside myself that it will happen at the Rock Shop. The intimacy of the room and their kick ass sound-system is going to make for one helluvan evening. Hopefully we'll be able to finagle some sweet ass drink specials for those with the sense not to miss this most majestic evening. Friends, get your tickets before they sell out (on sale at 5pm).

All Ted Leo dates, this weekend in Camden, NJ included, below...