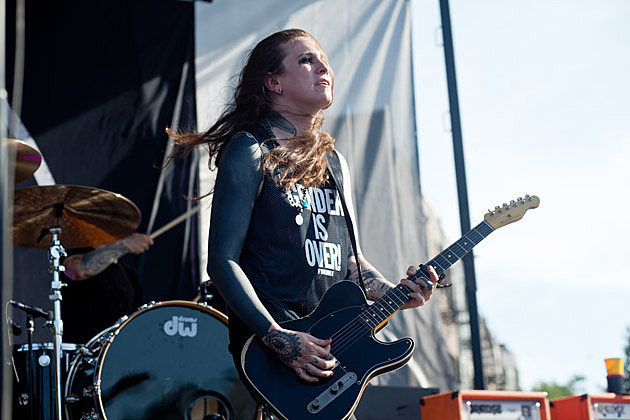 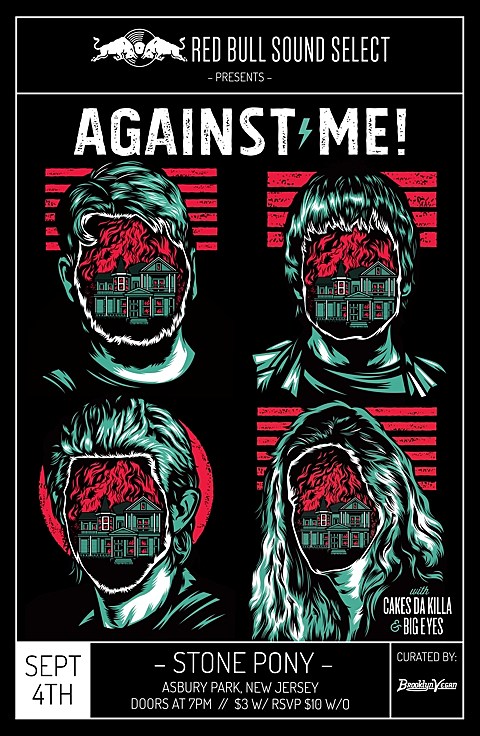 Against Me! will be touring Europe this August, leading up to their appearances at Reading and Leeds, and not long after returning to North America, they'll head to Chicago and Toronto for the Riot Fests in those cities. We're excited to announce that right in between that, they'll squeeze in an Asbury Park, NJ show on September 4 at The Stone Pony. That's the day their live album, 23 Live Sex Acts, comes out.

The show is a BrooklynVegan-curated installment of Red Bull Sound Select. Like most RBSS shows, it's $3 with RSVP or $10 without. Even if you RSVP, entry is on a first come, first served basis. So make sure you get there early.

Opening this one is queer NYC rapper Cakes Da Killa and punk trio Big Eyes. We last asked Big Eyes to play a Sound Select show with The Menzingers, and they've also played with Against Me! before too. Doors are 7 PM. BV editor Andrew Sacher is DJing between sets. RSVP now.

In related news, Against Me! singer Laura Jane Grace recently filmed a Rolling Stone session with Scottish indie pop band Spook School, who like Against Me!, are also fronted by a transgender singer. Check out that video below.