Withered with Mayhem at Irving (more by Paul Birman) 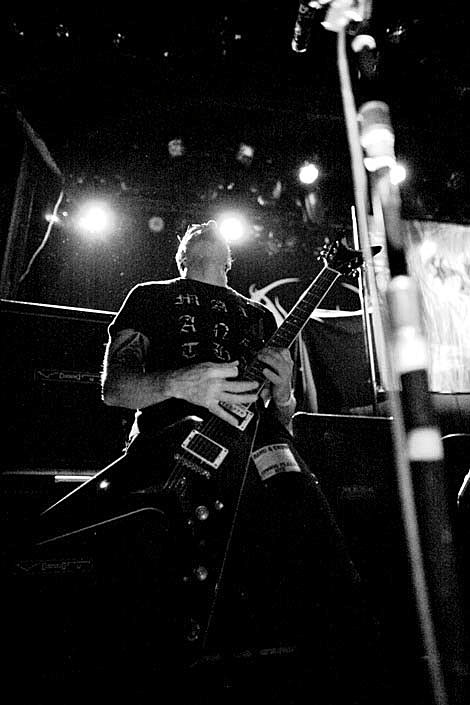 Enough of the onesy-twosy crap! We've already let it slip that the BrooklynVegan Day Party at Emo's on 3/17 will feature some heavy hitters like Torche, Fucked Up, The Atlas Moth, Dark Castle, and Salome. But now we are proud to announce more details! Kicking off at noon, the first (of a few) free BV Day Parties will be held across the two stages at Emo's (not the Annex). The "outdoor stage" will feature a headlining set from the hardcore hooligans in Fucked Up with a jawdropping lineup to fill out the rest of the bill (including Titus Andronicus, The Black Angels and Japandroids). The "indoor stage" will be where the darkness happens, and will feature the following lineup:

For those keeping track at home, that's an addition of ATL black metal overlords Withered and the blistering Arizona death destruction of Landmine Marathon (who have a new album coming and are playing Scion Rock Fest). It's gonna be a seriously great show.

Landmine Marathon and The Atlas Moth will also play our show at Hoeks Death Metal Pizza the next day (3/18) with Zoroaster, Coffinworm, Kill the Client and others (flyer reposted below).

We will announce a third heavy music leaning show at Red 7 on 3/20 in the coming days Stay tuned for that along with more information on our seven shows in Austin this year, and don't forget to follow @bvSXSW on Twitter for lots more SXSW coverage! 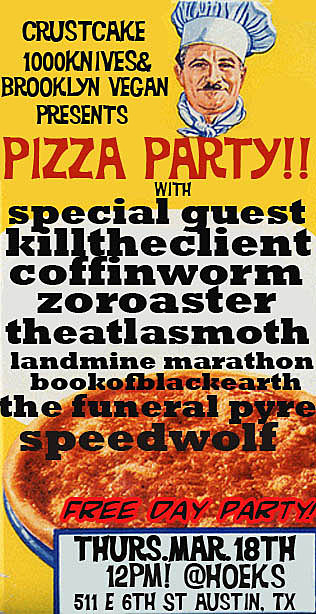