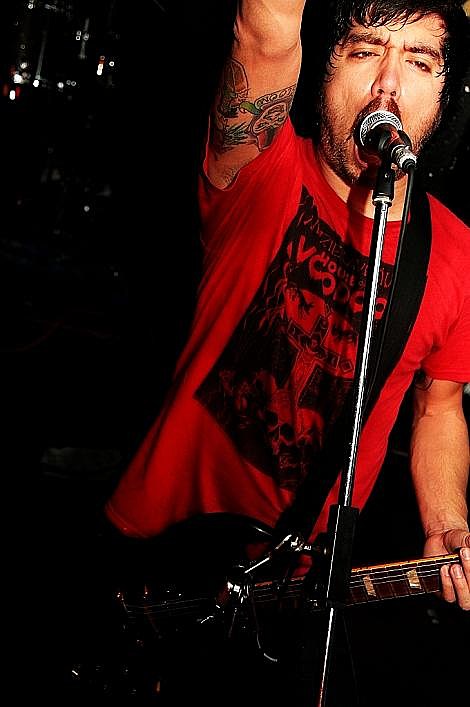 With supreme f'n excitement, we are pleased to announce the Official BrooklynVegan-BBG Showcase on June 14th at Club Europa as part of the inaugural Northside Festival! Hide your wallet, lock up your daughter, and scoot on down for the following lineup of miscreants, rapscallions, and ne'erdowells:

Stokeage! Tickets are only $12 and go on sale Wednesday 5/20. You can also get in with a Northside Festival badge.

Note: you won't find The Tallest Man On Earth at Europa on 6/14 (you'll find him at MHOW two days earlier at the first BV Northside showcase), but you may find some of the loudest (men on earth).

Doomriders recently completed recording their new album Darkness Come Alive due this summer via Deathwish. Europa is one of three shows that the band has scheduled so far, and the only NYC area date.

Zoroaster are touring off of their new album Voice of Saturn, and playing a string of dates with Mouth Of The Architect, followed by some dates this summer with Serpentcult and The Gates Of Slumber.

Doomriders, Zoroaster, and Sourvein tour dates, as well as a Zoroaster video from their last trip to Europa, below...