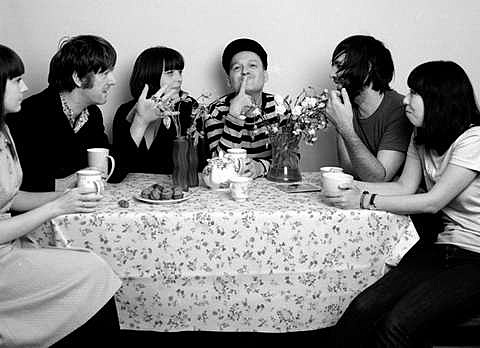 Here's the second part of the NYC Popfest 2012 preview. For info on tonight's show at Knitting Factory can read part one here. 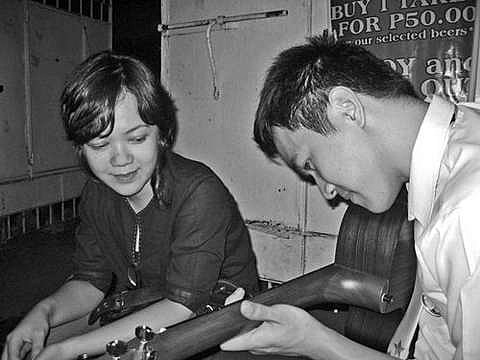 For those going to Spike Hill, you might want to head to Williamsburg early to check out the Brooklyn Flea Record Fair that is happening at food hipster mecca Smorgasburg from 11AM-6PM. Indiepop-friendly labels like Angular, Kanine, and What's Your Rupture? will be there, with some exclusive product as well. Plus lots of amazing food. Get there before noon to beat the insane lines.

It's an all-Williamsburg day for Popfest as the Saturday night show happens at Public Assembly with two legendary UK bands headlining; Comet Gain and The Pooh Sticks. The former, celebrating their 20th year in existence, are playing their first Popfest and first shows in NYC since 2009. Last year's Howl of the Lonely Crowd was another fine addition to their canon of footstompers and floorshakers. 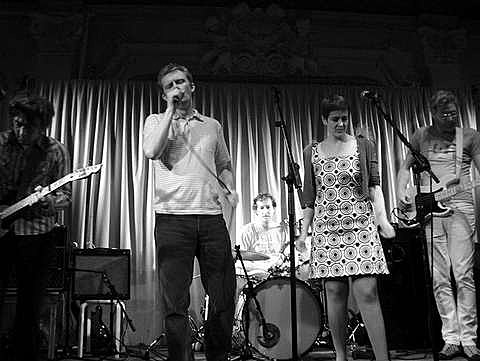 The Pooh Sticks haven't played NYC since 1992 back when they were supporting the American release of their stone-cold classic Great White Wonder which cemented their rep as masters of tongue-in-cheek, arched brow indie. Actually it was already established with shambly 1988 singles "I Know Someone Who Knows Someone Who Knows Alan McGee Quite Well" and "On Tape" which is the "Losing My Edge" of its day. Arch, tuneful and not afraid to steal, The Pooh Sticks are indiepop royalty and, if recent live video on YouTube is correct, they still got it.

But the best group of the night -- or at least the best one you've never heard of before (probably) -- are on first. A quick listen to Pushy Parents are you can guess they're from Sweden (Stockholm to be specific) with a sound somewhere between early Cardigans and the Concretes. Their new Secret Secret EP is terrific: equal parts effortless melody, skill and just-right production. You can stream the whole thing and watch the video for its title track at the bottom of this post. 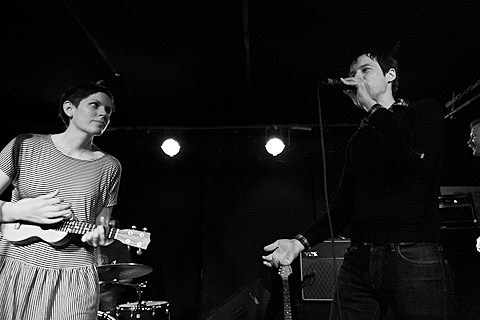 Popfest ends with an all-day affair at Littlefield, featuring tourmates Allo Darlin' and The Wave Pictures who have been written about before and you can see pictures from both band's visit to Mercury Lounge a few weeks back. They are both great and reason enough to go on Sunday.

But not the only reason. The Littlefield show will also feature the first-ever American show from White Town (aka Jyoti Mishra) who made many excellent albums before and after his fluke hit "Your Woman" in 1997. That song, as good as it it (and it is!) also isn't especially representative of White Town's body of work which tends to mix wispy melodies, delicate guitars and budget drum machines. Mishra has stayed active, continuing to release albums over the years, including last year's Monopole.

Also playing: Brooklyn indiepop mainstays The Ladybug Transistor whose frontman Gary Olson usually lends his trumpeting skills to at least one other Popfest band who needs it. (He'll probably also sing the male vocal parts on Allo Darlin's "Dreaming" as he's done before.) 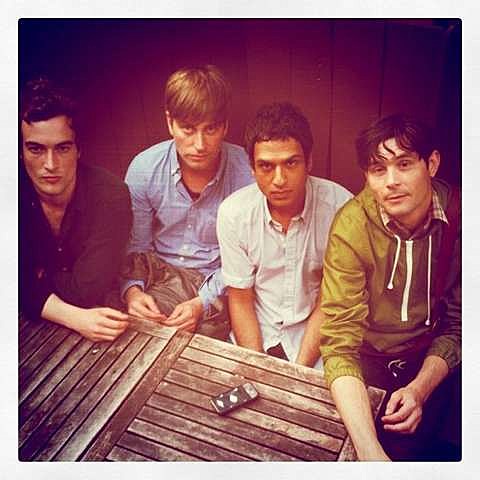 There's also two Canadian bands on Sunday's bill: Sleuth from Vancouver, and Toronto's The Holiday Crowd who have clearly listened to their share of The Smiths.

The full Popfest Saturday - Sunday schedule is below, along with that Pushy Parents stream and video.