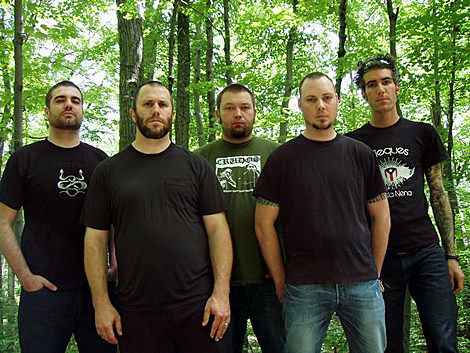 After a 2006 split, noise-core killers Cable are back in the saddle and testing new directions with The Failed Convict, on their new LP out on August 18th via The End Records. The band toured last year in support of the reissue of Variable Speed Drive on Translation Loss (their former home, and current home to Rosetta, Javelina, etc) and recorded Convict in March at Studio G in Brooklyn with Joel Hamilton (Unsane, A Storm of Light) documenting the entire thing for Lambgoat. The Connecticut band has scheduled a few dates surrounding the release of The Failed Convict, including a pair of NYC dates: Union Pool on August 15th and Europa on Sept 17th. In the meantime, dig on the new Cable track "Gulf of Texaco" above!

Full tour dates, as well as a video of the band performing "Sunday Driver", are below.