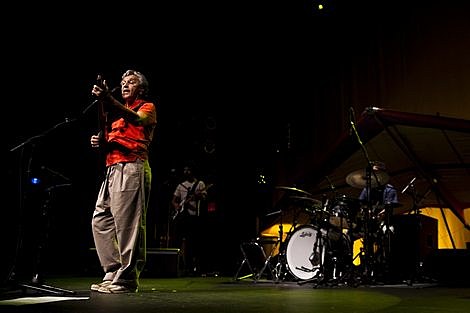 "Brazilian pop luminary Caetano Veloso has been called the Bob Dylan of Brazil, and if you're familiar with his celebrated body of work and his revered place in Brazilian culture, you'll understand why. Since he first emerged on the Brazilian music scene as a promising lyricist over 40 years ago, Veloso has been lauded for his singular songwriting, his deftness in forging new musical styles (he was at the forefront of Tropicalismo), and his defiant stance against the oppressive Brazilian government of the '60s. After a four-year exile from his native country, countless albums, a breakthrough in the States and decades of sitting high on the pedestal of pop greats, Veloso continues to make music. On this track from his new album Zii E Zie (out March 30 in the U.S.), Veloso's easy, sunny vocals and guitar warm up a simple melody before the tune takes a turn into slinky, minimalist funk courtesy of Veloso's backing group BandaCê." [WNYC]

Tropicalia pioneer (or Brazilian pop luminary - call him what you want) Caetano Veloso kicked off a US tour at Terminal 5 in NYC last night (4/8). He performed to an extremely excited and what seemed to be a largely (really well-dressed) Brazilian crowd that sung along to almost every tune.

I was expecting a more subdued performance from the famed guitarist but Veloso's music was transformed into a more rocking samba scene with his backing band. Working the stage and pointing to members of the crowd he recognized (maybe David Byrne?), Mr. Veloso seemed perfectly comfortable and happy to be in New York City. He played a number of classics from his 40-year musical career and one of the songs I'm particularly familiar with, "Maria Bethania" which BV fav Olof Arnalds enjoys performing live and is on her 7" record.

Does anyone have the full setlist? More pictures and the setlist from the show below... 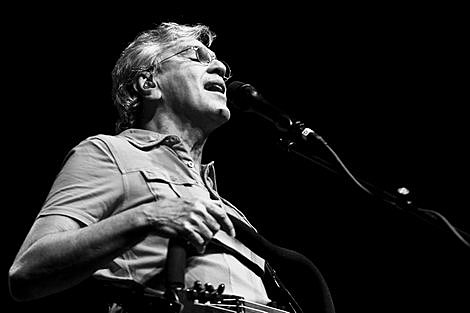 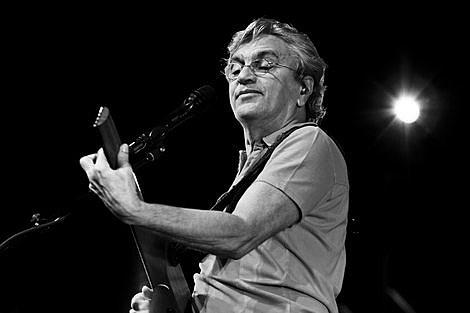 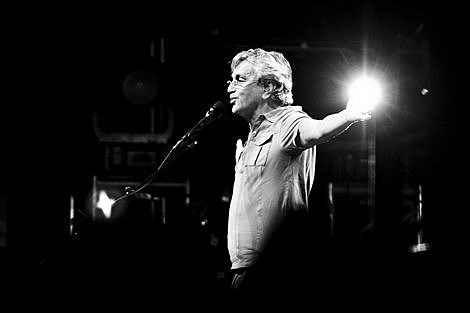 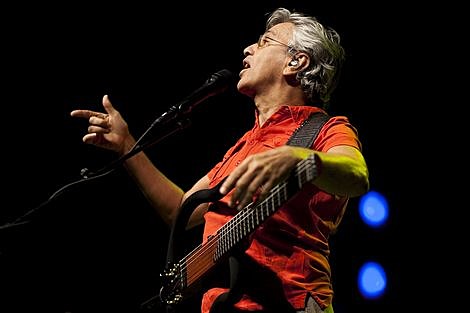 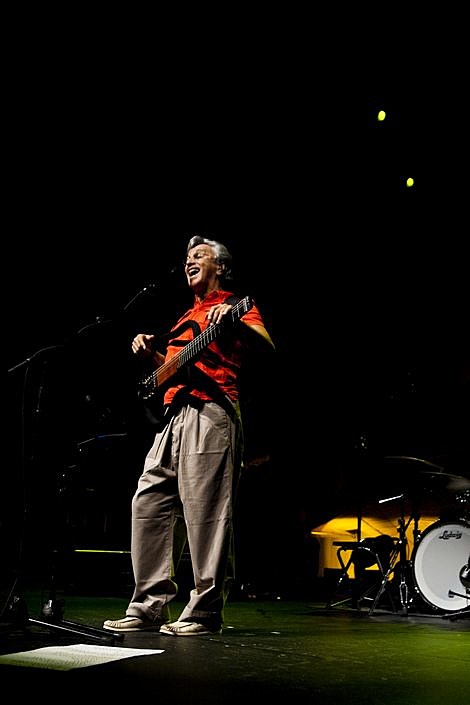 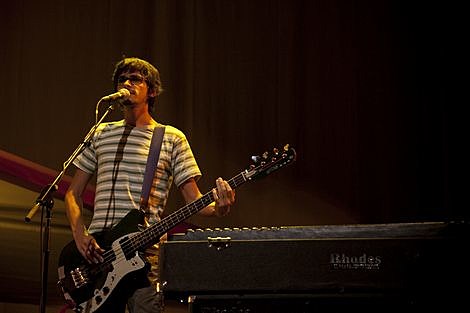 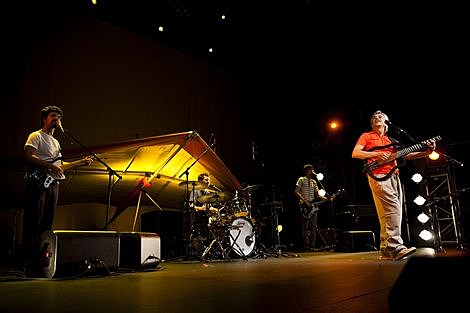 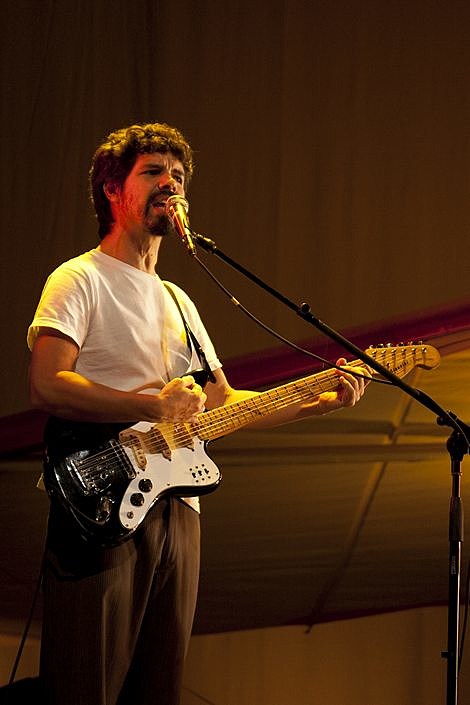 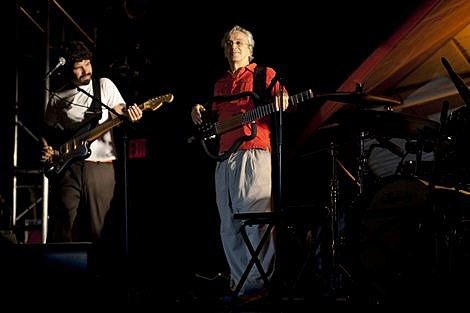 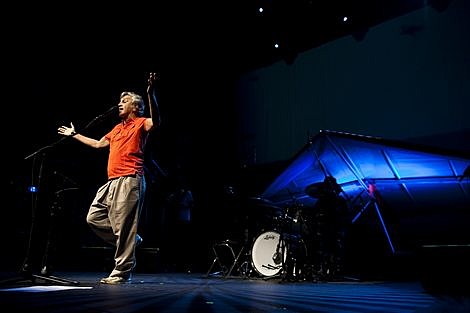 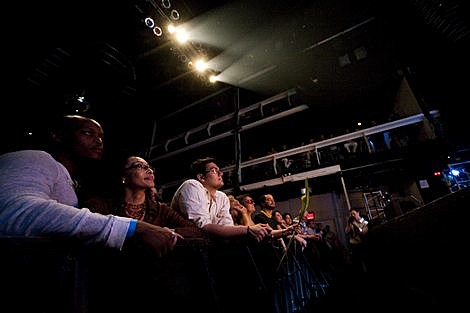 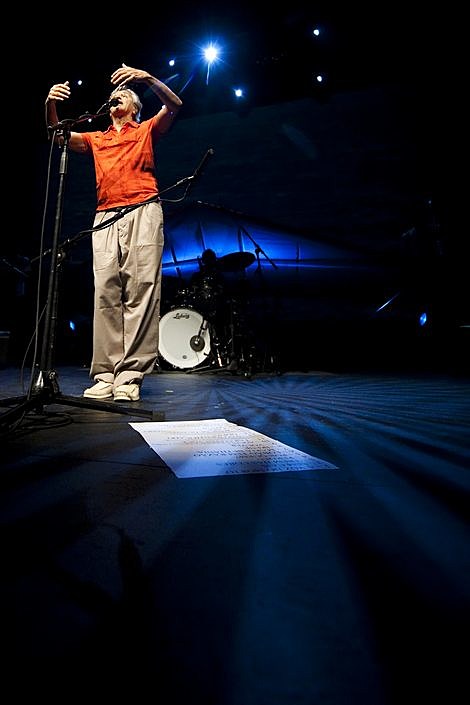 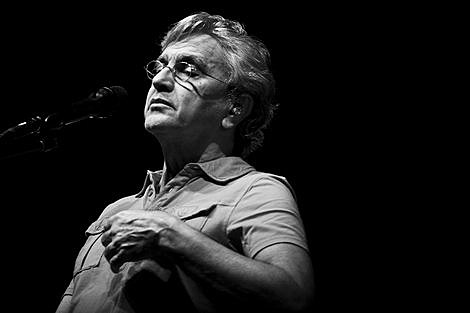 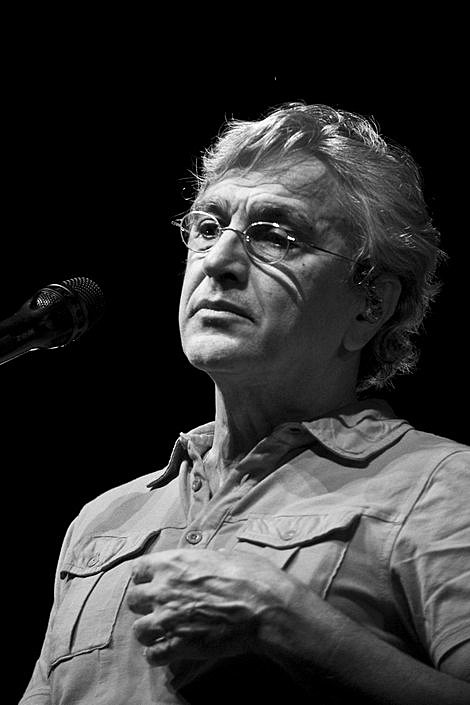 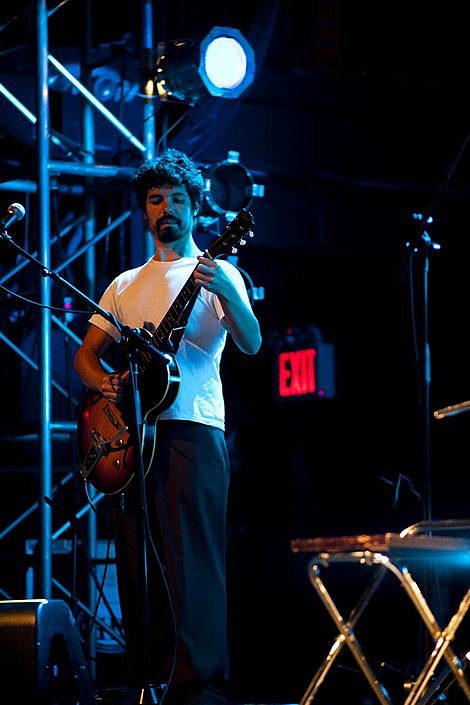 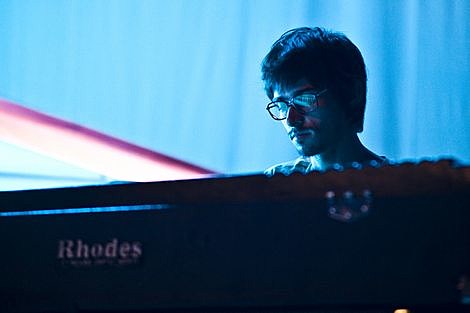 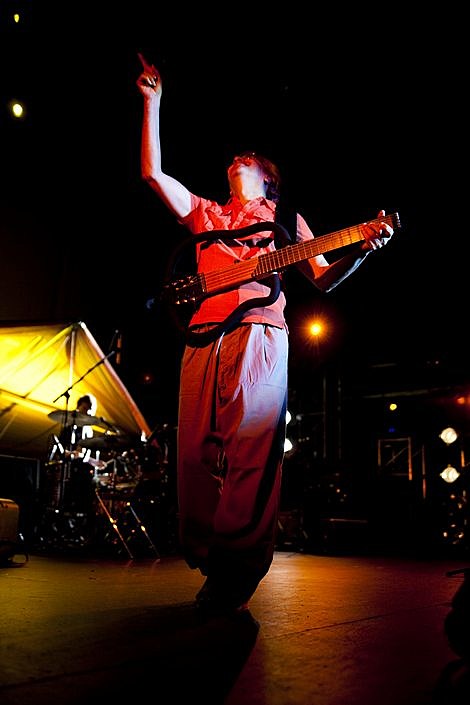 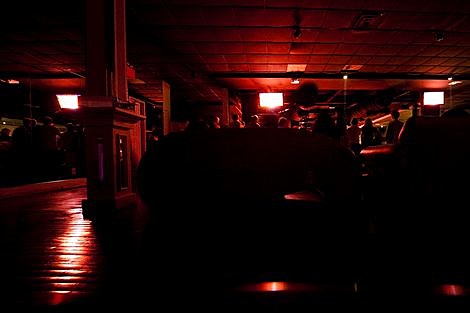 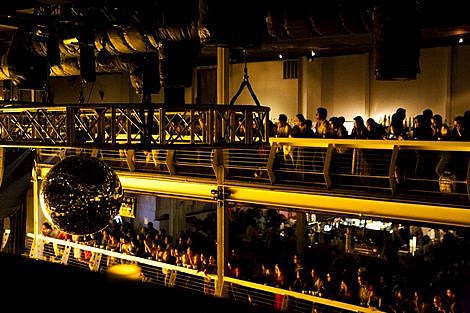 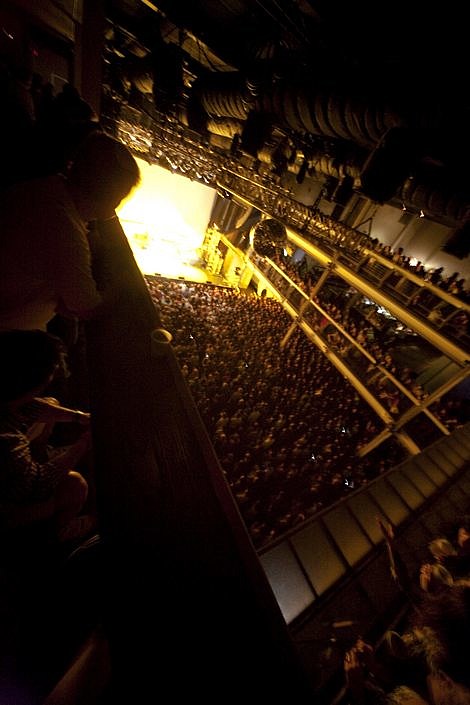 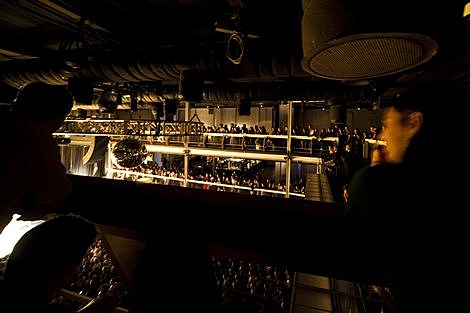 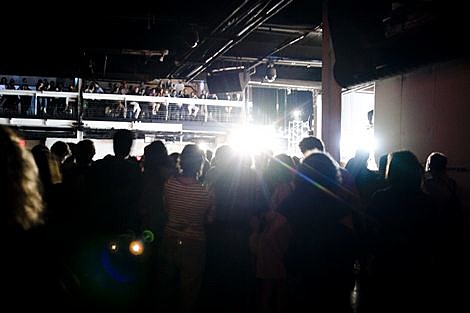 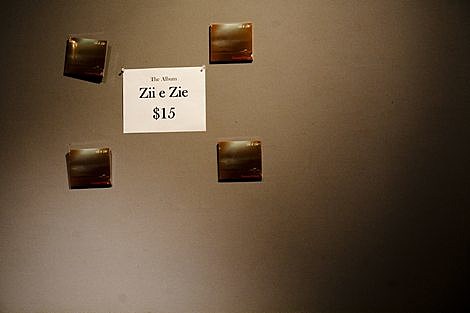