Cajmere at Warm Up in 2013 (more by Amanda Hatfield) 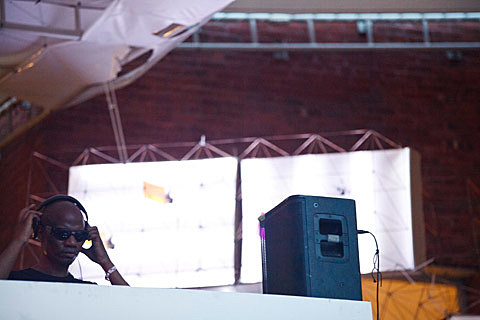 Chicago house legend Cajmere has made quite a few live appearances in NYC in recent times like an Output show, Warm Up and Electric Zoo in 2013, and a Verboten show earlier this year. His current tour brings him back to Verboten TONIGHT (8/8) for a show with Motez and Shiba San. Tickets for tonight's show are available.

Cajmere, real name Curtis Jones, operates under a few other monikers too, including Green Velvet, the one he'll be playing as at Outside Lands in San Francisco this Sunday (8/10). He has other Green Velvet dates coming up too, all of which are listed below...