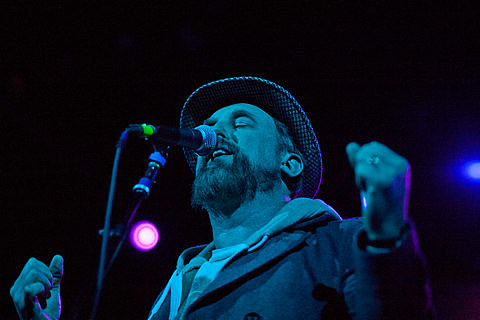 Likable and long-running pop ironists Cake released Showroom of Compassion are playing Wellmont Theatre on January 12 (tickets) but have just added a NYC show as well the day before (1/11) at Bowery Ballroom. That's a pretty small venue for a band who sold out Terminal 5 and Music Hall of Williamsburg last year.) Tickets for that show go on sale Friday (12/7) at noon.

These appear to be one-off dates, as the only other shows the band have lined up are LA on New Year's Eve and Lollapallooza in San Sao Paulo, Brazil in March. All Cake dates are listed below, along with the video to their single "Short Skirt/Long Jacket."