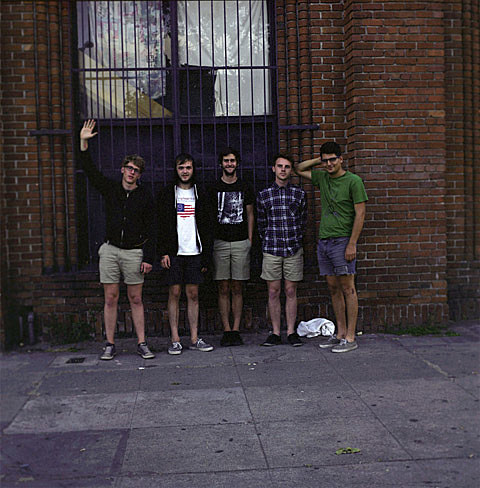 LA's Calculator make a similar kind of post-hardcore/screamo to fellow Cali bands Touche Amore or the now-defunct Comadre; raw, honest, and uncompromising. They've been at it for a few years now, and finally released their official debut full length, This Will Come To Pass, this past June. It was recorded by Comadre member Jack Shirley (who also recorded another Cali punk band, Joyce Manor, among many others), and the band self-released it for the punk-friendly price of pay-what-you-want on bandcamp (or just free on mediafire).

Today, the band are releasing the video for the album's first full song (track 1 is an 18 second intro), "Overture," which makes its premiere in this post. The black-and-white video splices images of the band recording with a David Lynch-ian bath tub scene, and the ominous mood of the whole thing fits the song really well. Check it out below.

The band are also reissuing their out-of-print 2010 collection, These Roots Grow Deep, on Melotov Records next week (8/27), and it can be pre-ordered now.

Watch the new video, along with a stream of the This Will Come To Pass, below...

Calculator - This Will Come To Pass